Follow this finish from the tree to your shop, and learn why it is still unmatched.

Synopsis: Shellac starts life as the by-product of a tiny insect, no larger than a poppyseed. By the time it is grown, harvested, and refined, it has evolved into one of woodworking’s most beautiful, versatile, and environmentally friendly finishes. Vijay Velji traveled to India to bring our readers the amazing, exotic story of shellac production. Once you’ve seen it, you’ll have a new appreciation for one of our favorite finishes.

For over two centuries, western woodworkers have appreciated shellac’s unique qualities. It can be used as a sealer on bare wood, as a tinted finish to warm up or age wood’s appearance, or as a topcoat—including the incomparable French polish.

However, shellac’s story goes back much further than 200 years and is not confined to wood: In its native India, medicinal uses for shellac were described several thousand years ago, while a book published there in 1590 mentions polishing with shellac. Since then, it has also been used for everything from phonograph records to the coating for time-release pills. Having recently returned from India, I’ll show you the fascinating way shellac is grown, harvested, and refined. Then I’ll describe the grades of shellac and how to get the most from each one. The best part of the story is that despite man’s efforts, no other finish can match shellac’s versatility, beauty, or environmental friendliness. 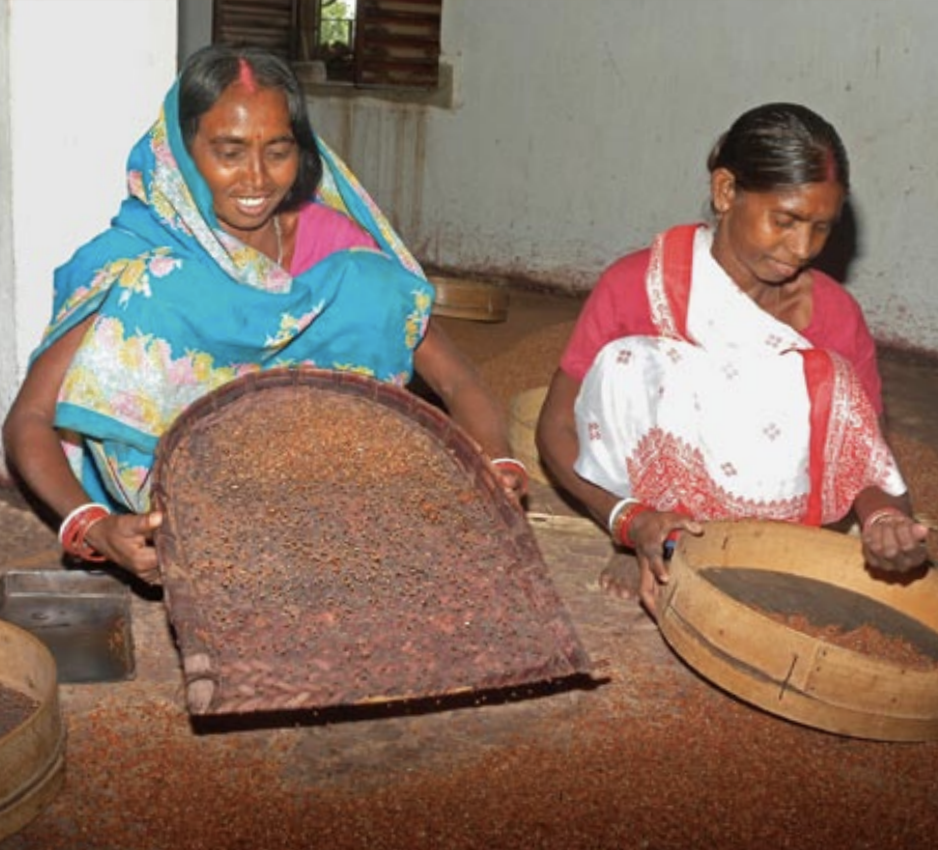 Shellac really does grow on trees

Shellac is derived from the resinous secretion of a tiny insect—tinier than the period at the end of this sentence—known as Laccifer lacca. Twice a year, in India and Thailand, millions of red larvae about 1⁄64 in. long hatch and settle on the tender, fresh twigs of certain trees. Each larva inserts its proboscis into the tree and then secretes a protective coating consisting of a dark red scale and a yellow-to-reddish substance called lac resin. The larvae mature inside their protective shells and become sexually mature insects in about eight weeks. The males crawl out of their shells to fertilize several females and then die. Their direct contribution to shellac is insignificant.

However, the females, growing in size to accommodate their many eggs, increase production of lac resin and wax. In 14 weeks, the new larvae hatch and emerge to begin a new life cycle. Thus the insect completes two life cycles in a year, yielding two lac crops; the primary one in April-June and the secondary one in October-November, which generally has lower quality. It takes about 300,000 insects to produce 1 kilogram or 2.2 lb. of shellac.

How it is harvested—Shellac is often described with the terms baisacky, kusumi, or rangini. baisacky is the spring harvest season. kusumi is the lac obtained from the kusum tree. 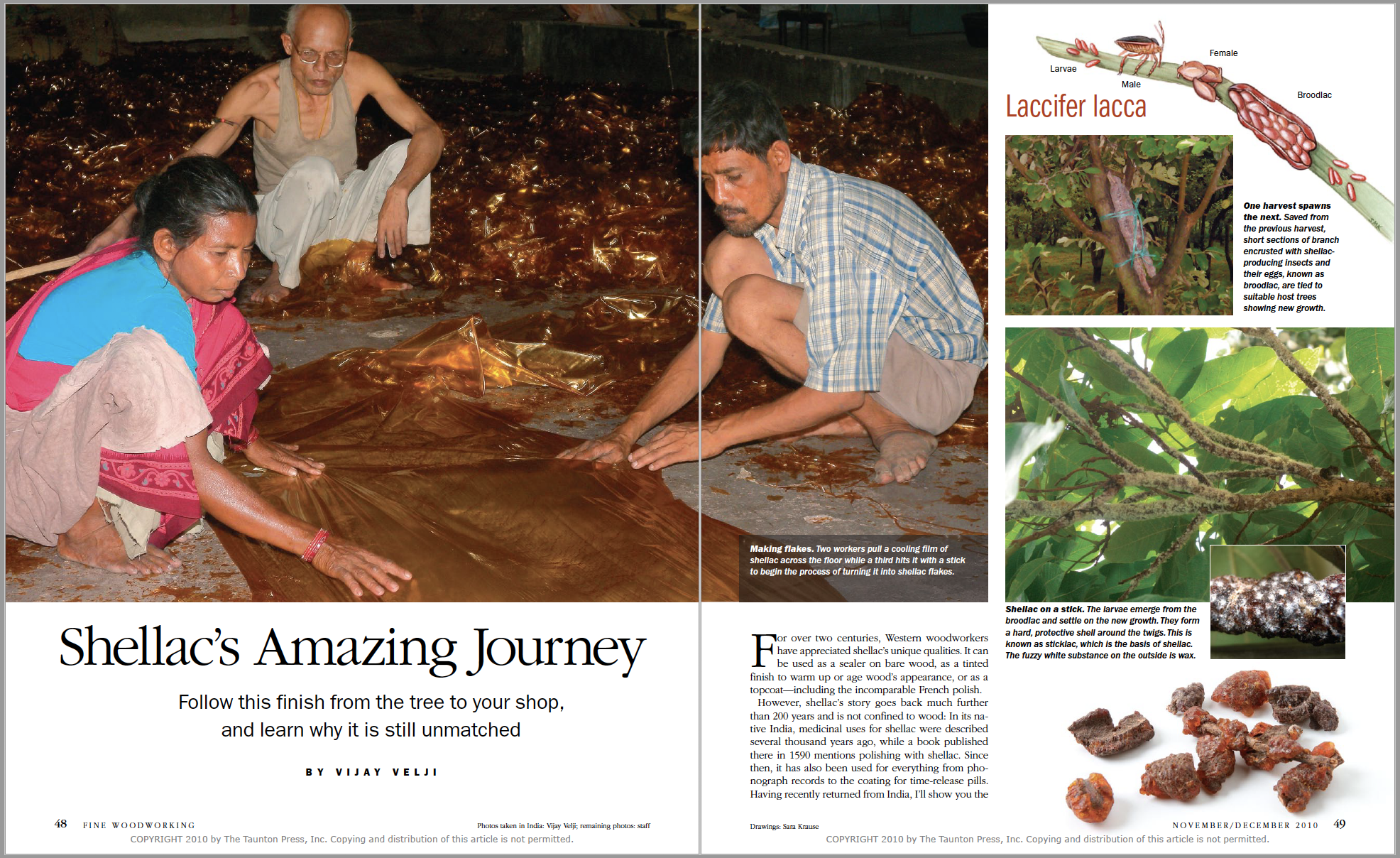 View PDF
X
X
Next: How to Mix Shellac