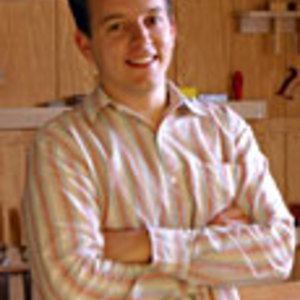 Matt Berger is a writer and self-described Web junkie who became interested in woodworking while studying journalism at Cal Poly State University in San Luis Obispo, Calif. He spent as much time in the community woodshop as he did pursuing his degree.

After five years covering the high-tech beat as a daily news reporter in San Francisco, Matt traded in the high-tech for the hand-made and became an assistant editor at Fine Woodworking magazine. Working with some of the best woodworking authors and educators around the country, Matt developed an interest in traditional woodworking tools and techniques; many of the projects he’s completed are inspired by the articles and videos he helped publish.

In 2005, he launched FineWoodworking.com and served as its first online managing editor. He later served as executive producer for the Taunton Press’ digital arm, Taunton Interactive. People may recognize Matt from starring in the first two seasons of Getting Started in Woodworking: http://www.startwoodworking.com/getting-started