The 4 Handsaws You Must Have

excerpted from FWW #231
by Matt Kenney

I regularly use four handsaws in my shop, not because I’m a hand-tool nut but because a handsaw is often the smartest, most efficient choice for the job at hand. Take the job of crosscutting or mitering delicate moldings and miter keys. you could do those tasks at the tablesaw or miter saw, but you’d need to devise a jig to hold the workpiece during the cut, and there’s no guarantee that the spinning blade won’t chew up the workpiece. It’s much quicker, safer, and cleaner to make the cut with a backsaw.

Handsaws are great for getting into tight spaces, too. a coping saw is the perfect tool to cut out the waste between dovetails. The thin blade can fit into even the tightest pin socket and make a turn along the baseline, removing the waste in seconds. Chopping out waste with a chisel takes much longer, and routing it out is possible only when there’s enough clearance between the tails to fit the bit.

And then there are jobs that a power tool simply couldn’t (or shouldn’t) do, like cutting pegs flush. The only power-tool option is a router, and you have to make an auxiliary base to raise the router and then dial in the bit’s cut depth so that it doesn’t ruin the surface. not to mention that pegs are often used on narrow parts, like legs, where the router can tip and ruin the part.

There are lots of handsaws out there, but I think the four you need most are a dovetail saw, a backsaw set up for crosscuts, a dozuki, and a coping saw. I’ll show you some tips on getting the best from each one. 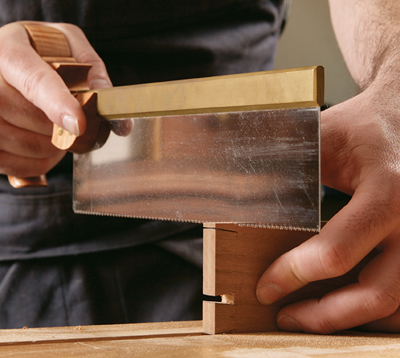 I bought my dovetail saw to make handcut dovetails, but over the years I’ve found that it’s good for other tasks, too, such as notching a shelf or drawer divider to fit in a stopped dado cut in a case side. For a smooth cut, I’d recommend a saw with about 19 teeth per inch (tpi), sharpened for a ripcut. Western-style saws cut on the push stroke and come with two different handle styles-pistol grip or straight. I prefer a pistol-grip  handle, which makes it easier to push  the saw and control the cut. 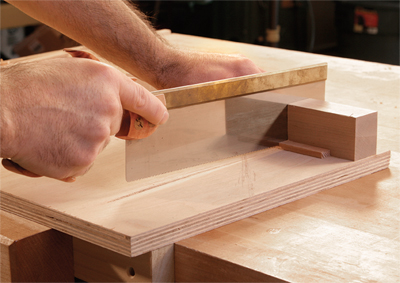 When you’re making furniture, there are always small parts-like moldings, pulls, drawer stops, and pegs-that need to be cut to length. Instead of using a tablesaw, which could destroy those delicate parts in a flash, I use a Western-style carcass backsaw. A crosscut saw with about 12 to 14 tpi and a blade that’s a bit taller and longer than on a dovetail saw can easily make clean, accurate cuts in parts up to 1 in. thick and 3 in. to 4 in. wide. To increase accuracy, I use the saw with a sawhook, which is simply a flat board with a square fence (and a cleat that goes in your vise). The hook is great because it gives you a way to hold the workpiece still during the cut (both you and the saw press it against the fence) and helps to keep the saw cutting straight and square.

A dozuki saw has a thin, flexible blade, with fine teeth and a straight handle, which makes it well-suited to flush-cutting pegs. The flexible tip helps it get close to the base of a pin, and the straight handle is easier to hold and control with the saw on its side than a pistol grip would be. Get a crosscut dozuki with about 20 tpi. So why not just use a flush-cut saw? Their teeth have no set, so they clog and don’t cut as well. Dozukis don’t have those problems. The thin blade can kink, so get a saw with a replaceable blade. 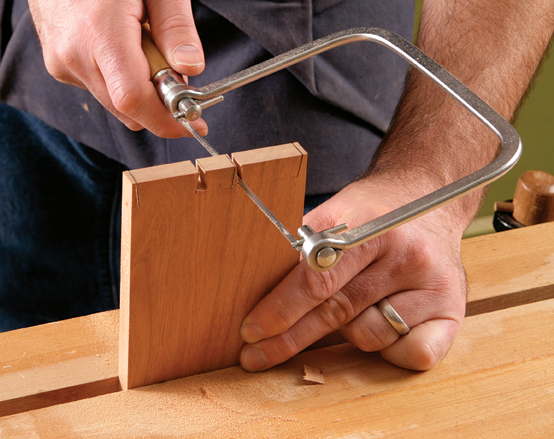 With its thin blade and tall frame, the coping saw is adept at cutting curves. It was used in the past to cope molding to get perfect miters. But I use it when cutting dovetails. I was taught to chop out all of the waste with a chisel-a tedious job. When I tried sawing out the waste with a coping saw, it was a watershed moment for me and I’ll never go back. You don’t need a superexpensive frame, but don’t go with a hardware store cheapy, either. I spent about $20 on mine and it’s easy to tighten and adjust the blade. The handle is comfortable, too. As for blades, get ones with a fine cut. They cut slower, which means the saw is less likely to jump the kerf at the end of the cut and damage the tail or pin.

One more worth having around 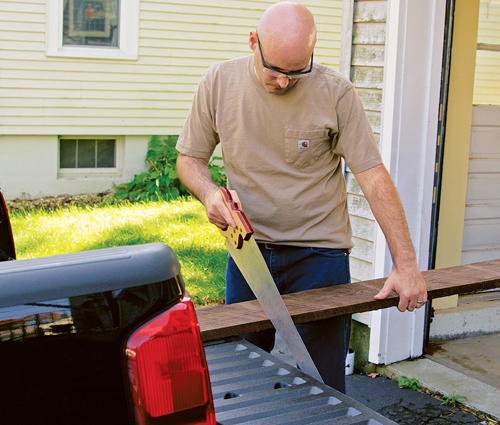 If you’ve ever found yourself at the lumberyard with several boards that are too long for the bed of your truck, you’ll appreciate having a panel saw. Carrying around a circular saw and hoping to find an outlet is more hassle than it’s worth. But leaving a panel saw (8 to 12 tpi) in the truck is no problem. Lay the boards in the bed with the gate down, and cut them to fit. I even use a panel saw in the shop to cut a board to rough length when it’s too big for my chopsaw.