They keep workpieces on track and your hands out of harm's way.

Synopsis: Whether shopmade or manufactured, a featherboard is a valuable third hand that keeps workpieces tight to the fence or tabletop as they pass a blade or bit. Not only do featherboards add accuracy and consistency to cuts made on the tablesaw, router table, or bandsaw, they also help you keep your hands away from cutters and prevent kickback. Learn the basics of how to choose the right featherboard for the job and correctly position it for consistent, safe cuts.

A woodworker’s third hand is often a featherboard —an accessory that guides workpieces through woodworking machinery. Featherboards are made of plastic or wood with thin fingers cut into an angled end. Mounted to a fence, they push a workpiece snug against the table. Mounted to a tabletop, they keep a workpiece tight against the fence. Like a hand moving over a bird’s feather, a workpiece fed past a correctly positioned featherboard will only move easily toward a blade or bit, and is prevented from kicking back.

Featherboards add accuracy and consistency to many types of cuts made on a tablesaw, router table, or bandsaw. They also allow woodworkers to keep their hands away from the blade or bit— and that makes for safer and cleaner cuts.

There’s a variety of featherboards, some store-bought and others shopmade. If you have none, start by using the shopmade featherboard—it will handle any situation. Adding the other two styles to your collection makes some operations even easier, making you more likely to reach for a featherboard when you need one. 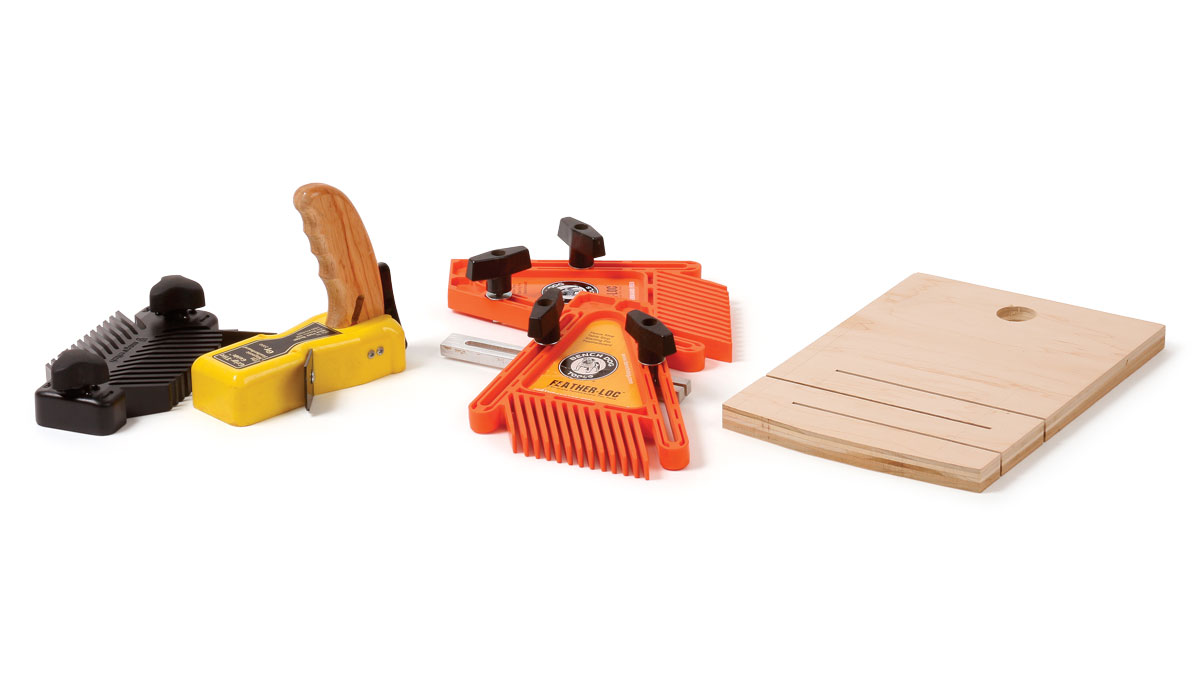 At the tablesaw: I frequently use a tablesaw and dado blade to cut grooves and rabbets. Adding a featherboard makes those cuts more accurate and consistent. To cut a groove in the edge of a rail or stile, a single featherboard attached to the tabletop will ensure a workpiece stays flat against the rip fence. To position it, hold the workpiece against the fence and set the featherboard’s fingers against the workpiece, just in front of the blade.

For cutting grooves in a longer workpiece, such as a drawer side, add a second featherboard to the outfeed side. It will prevent the workpiece from skewing away from the rip fence as it exits the blade. With both of these cuts, a store-bought, magnetic featherboard is easiest to set, but it won’t work on an aluminum- or granite-topped tablesaw. In those cases, slotmounted or shopmade featherboards will work. 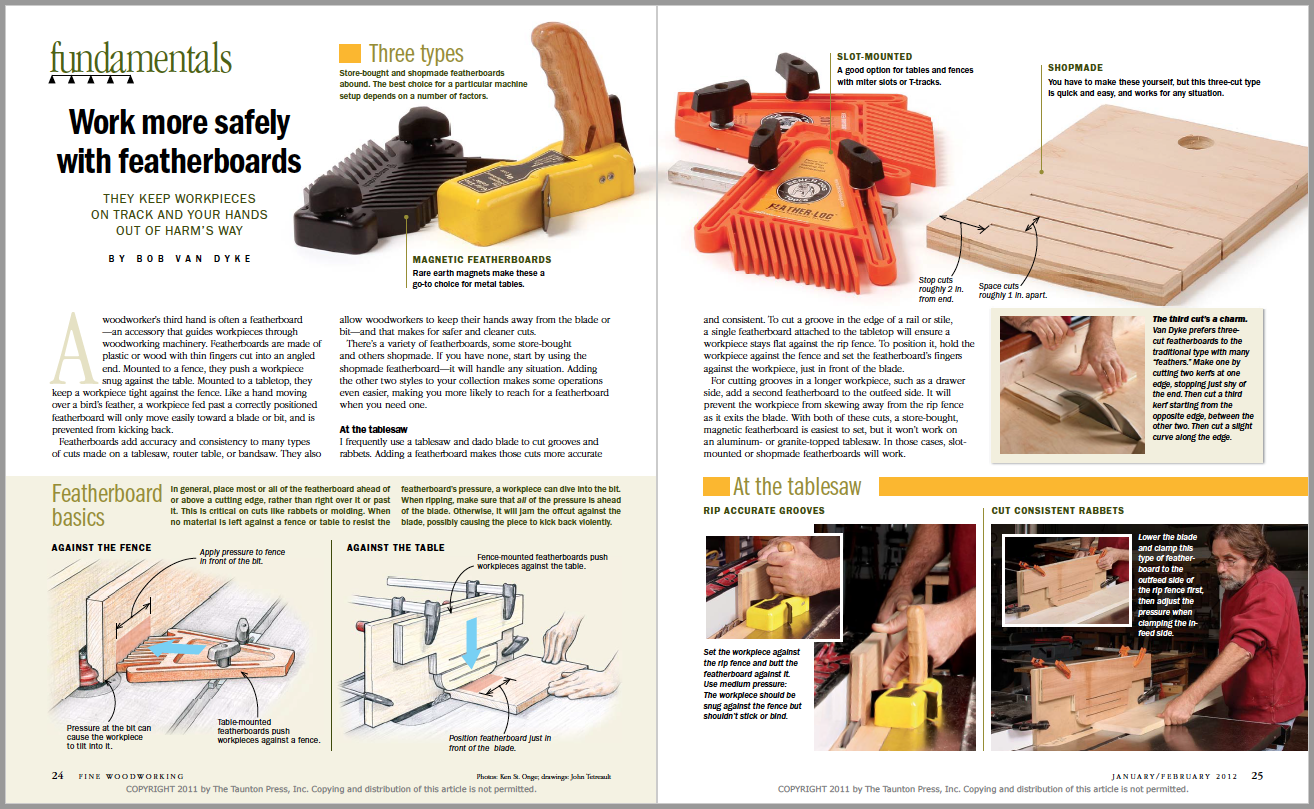 Sign up for eletters today and get the latest techniques and how-to from Fine Woodworking, plus special offers.
This site is protected by reCAPTCHA and the Google Privacy Policy and Terms of Service apply.
See all newsletters
View FREE Project
when you enter your email address below.
View PDF
X
X
Previous: Build a Table Saw Sled for Miters Next: Featherboard Fundamentals