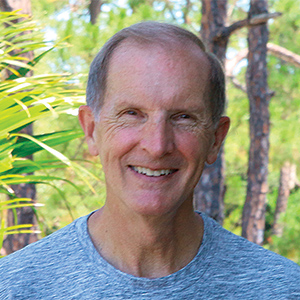 Steve Fikar took over his dad’s woodshop in high school and made a host of wild projects, including a steam generator, a garbage compactor, and a one-man hovercraft. From there he began a decorated career in the Air Force and attended Columbia University, where he studied flight structures. After leaving the Air Force, Fikar cofounded a software firm that he later sold, allowing him to retire early and build his dream home and shop on Florida’s Gulf coast. “I’ve led a charmed life,” he says.