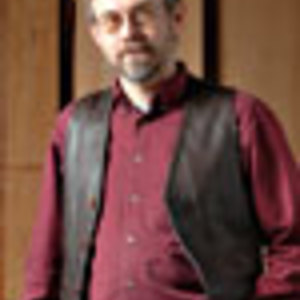 With over 35 years of experience in the woodworking field, Darrell Peart has an extensive background in both commercial and custom furniture making. He started his woodworking career making and selling small wooden items at Seattle’s Pike Place Market. To broaden his experience, he then worked for several years in various high-end custom shops throughout the Puget Sound area.

In 1989 he discovered the American Arts and Crafts Movement and in succession was captivated by the works of Charles and Henry Greene. Although Greene and Greene furniture is Darrell’s primary inspiration, the work of James Krenov, Thomas Chippendale, and Gothic furniture have also influenced him in one way or another.

Peart has written for Home Furniture, Today’s Woodworker, and Fine Woodworking magazines. His work has appeared in various galleries, featured in both local and national newspapers, magazines, and books, and some reside in private collections throughout the U.S.

His first book Greene and Greene: Design Elements for the Workshop (Linden Press) was published in April 2006. He periodically teaches Greene and Greene furniture making at schools on both the East and West coasts.

Peart was born in Wenatchee, Washington, and currently resides in nearby Renton with his wife Terry. He has three children and three grandchildren.