Despite the simplicity of the joint, it's not as cut and dried as it seems. How you cut it should depend on how you'll use it.

Synopsis: Decide what’s more important — the tongue or the shoulder — and you will know the best method to use for cutting a particular rabbet. Despite the simplicity of the joint, it’s not as cut and dried as it seems. Sometimes a tablesaw and dado blade is the best method; other times, you’ll want to turn to the router table.

‘But it’s just a rabbet!” my students sometimes complain. Why overthink it? After all, most folks follow the standard protocol: on the tablesaw with a dado head buried in a sacrificial fence. However, the first approach is not necessarily the best. While there’s no doubt the tablesaw works, there are factors that might encourage an alternative method. The key question is, what matters more: what’s removed, or what remains? 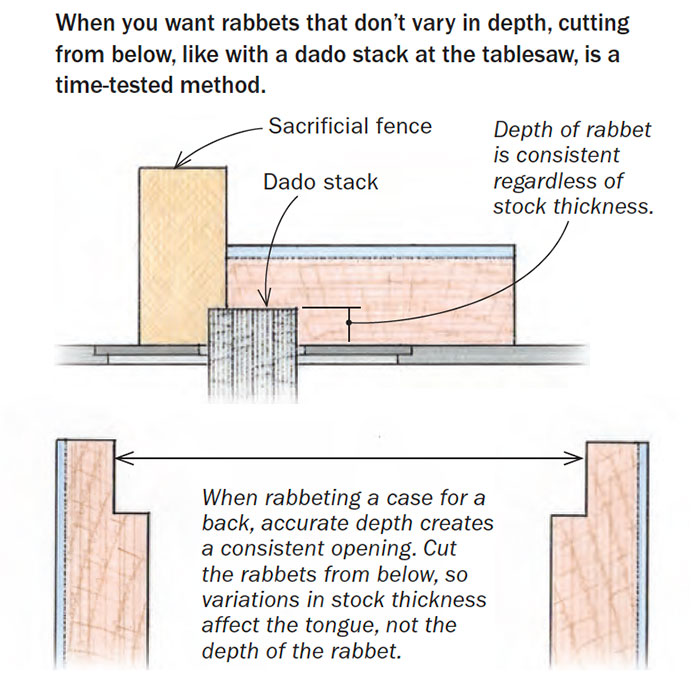 When depth to the shoulder is key

The standard rabbet has two important parts, the shoulder and the tongue. Depending upon the application, one might carry more weight than the other. Consider a bookcase with a face frame. The case sides have a rabbet along the rear edge to receive the back. The back needs to fit between the rabbets, so the depth of the rabbets needs to be consistent. A little variation in the thickness of the tongues, whether because of varying stock thickness or inconsistent downward pressure when cutting it, isn’t an issue as long as the back fits. Here the tablesaw method works fine. 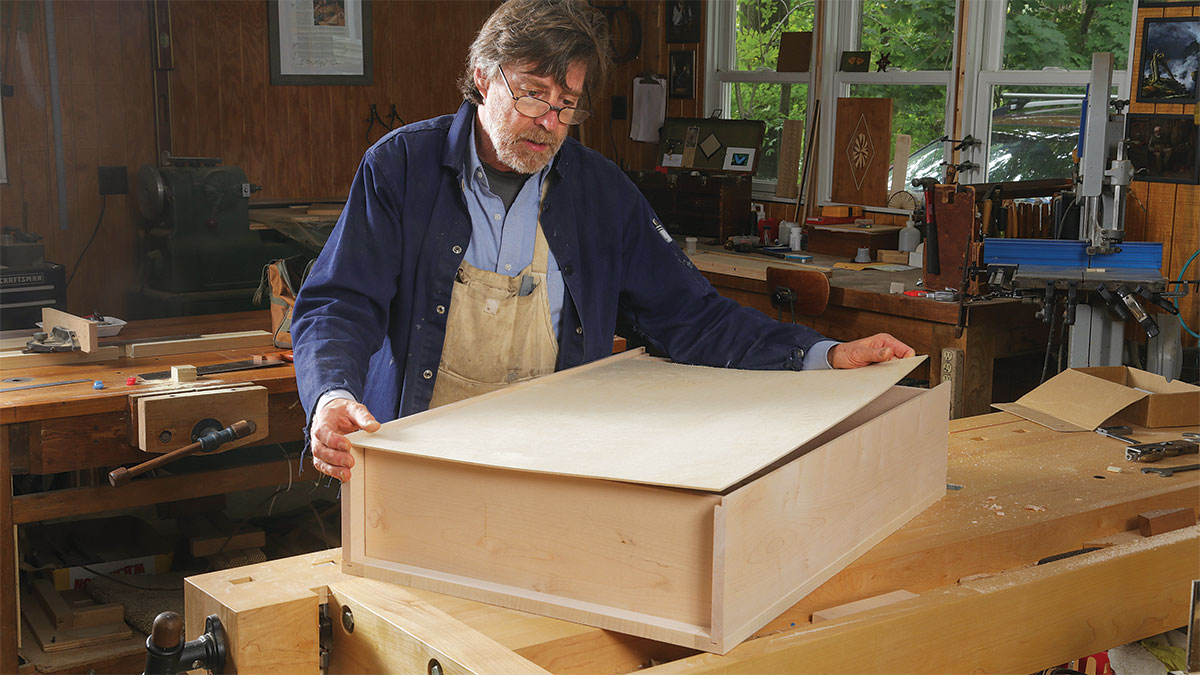 By burying a dado stack in a sacrificial fence, I can easily set both the width of the rabbet and the depth to the shoulder. It’s a safe operation. Having said that, never, never, never cut a rabbet with the stock between the dado stack and the fence. If the board pulls away from the fence, the kickback from the dado head will take it across the room, wreaking havoc with the stock and any body part that gets in the way. An acquaintance of mine lost his big toe after cutting this way; the doctor had to move it to where his thumb had been.

Some folks cut rabbets from below using a router table with a straight bit buried in a fence, or a bearing-guided rabbeting bit. These methods work, but since they cut from the bottom, the emphasis is again on what’s being taken away rather than what remains. 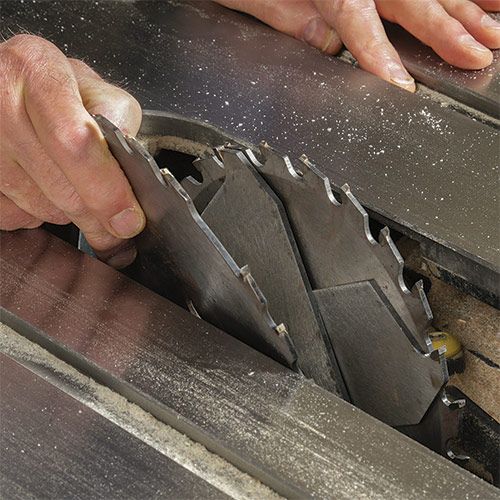 I almost never rabbet with a router handheld. The router weighs too much and is too awkward, and the contact area between the tool and the stock isn’t large enough to provide good stability; running small pieces this way borders on insanity.

When the tongue is important

Back to the hypothetical bookcase. Those same case sides have a rabbet in the front that fits into a groove on the face frame’s stiles. Here, the tongue’s thickness is critical, meaning what remains is far more important than what’s removed.

In these instances, where the tongue’s important, you want to cut the rabbet into the top of the stock. A shaper works best, but I can get the same results using a router table and a slot-cutting bit. Doing so guarantees the thickness of the tongue. Any variations will be in the rabbet’s depth, where it won’t matter. Plywood is known for its variations in thickness; handplaned stock often has discrepancies as well. Running the cutter above negates these since the distance between the bottom of the bit and the table, which determines the tongue’s thickness, remains the same. 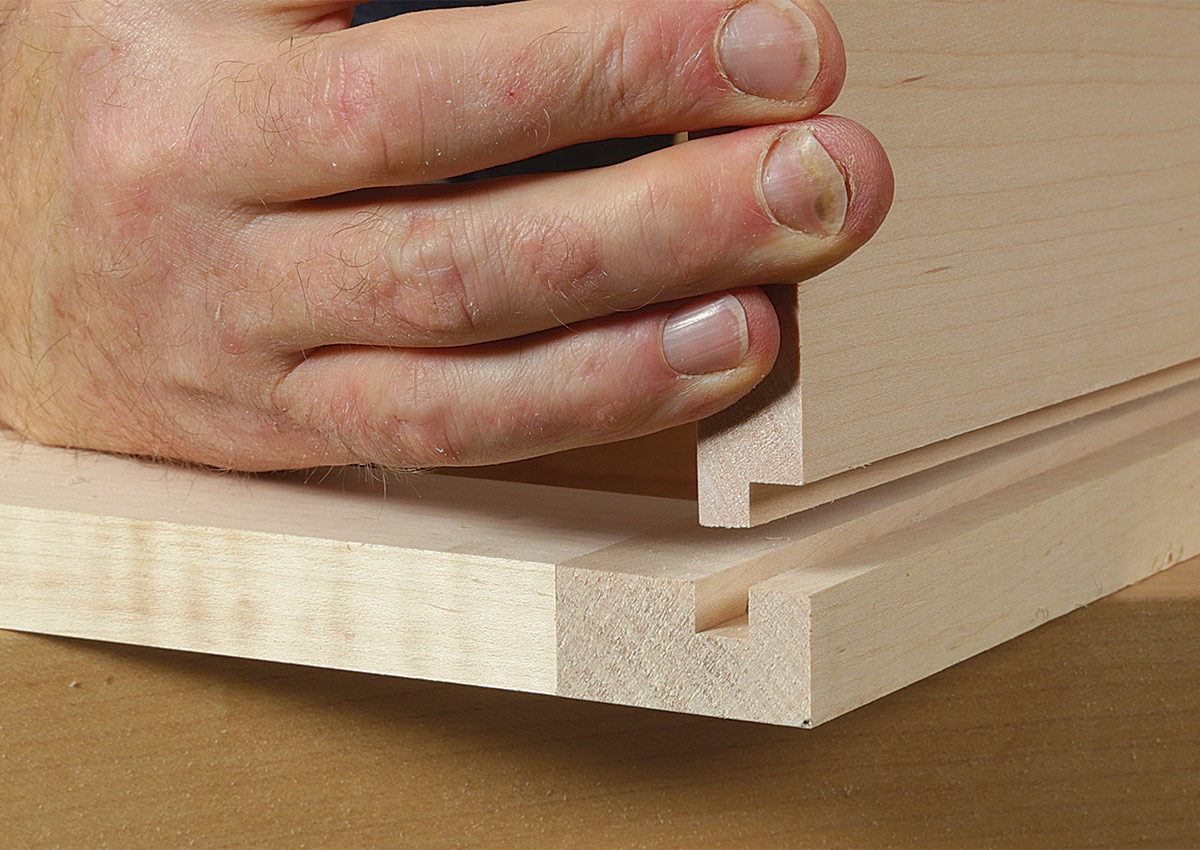 For the router-table method to be both safe and successful, you must use the proper bit. Although a rabbeting bit seems logical, most are not designed for this application. On most rabbeting bits, the carbide cutter extends proud only on the top and has relief angles ground in the carbide to reduce burning. The bottom of the bit is often an afterthought, with the main body sometimes extending below the actual cutter. Some have a shear cut which, although beneficial when cutting from below, impedes the cut if used above since it directs chips to the base of the cut, which is exactly where you don’t want them to be. Also, many rabbeting bits do not have a long enough shank for the cutter to get to the proper height without seriously compromising how much of the bit is in the collet. 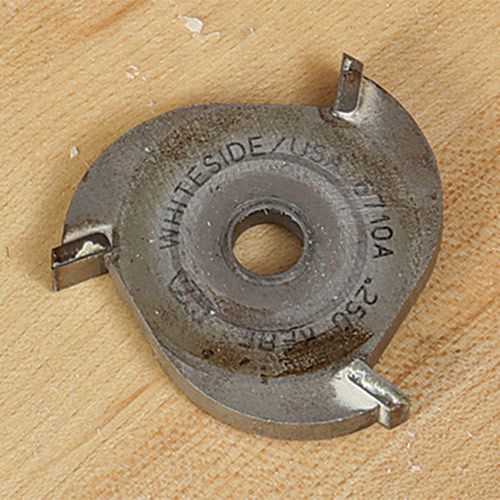 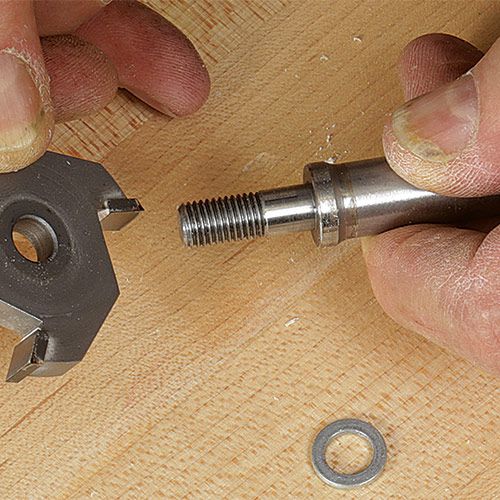 For these operations, I use a slot cutter with a 1/2-in. shank long enough to fit completely into the collet. If I need extra length I use the Whiteside A220B Arbor, which has a 4-in.-long shank. Instead of a shear cut, slot-cutters have carbide 90° to the bit’s face, and the carbide extends above and below the body. Many use stackable cutters. Whether you’re using single or stackable cutters, it’s important to use a router with the necessary horsepower, 1-1/2 hp as a minimum. Edges can tear out if the grain is not in your favor. However, this can easily be controlled with a zero-clearance fence. Don’t size the opening so small it interferes with the bit’s body when you raise or lower it. Remember, the carbide does the cutting, not the body of the bit.

Running the cutter above the stock clearly has a greater potential for injury. As a result, I always—without exception—use a plywood guard, which as a perk also serves as a hold-down. Add spacers behind the guard to move it away from the cutter, preventing damage. 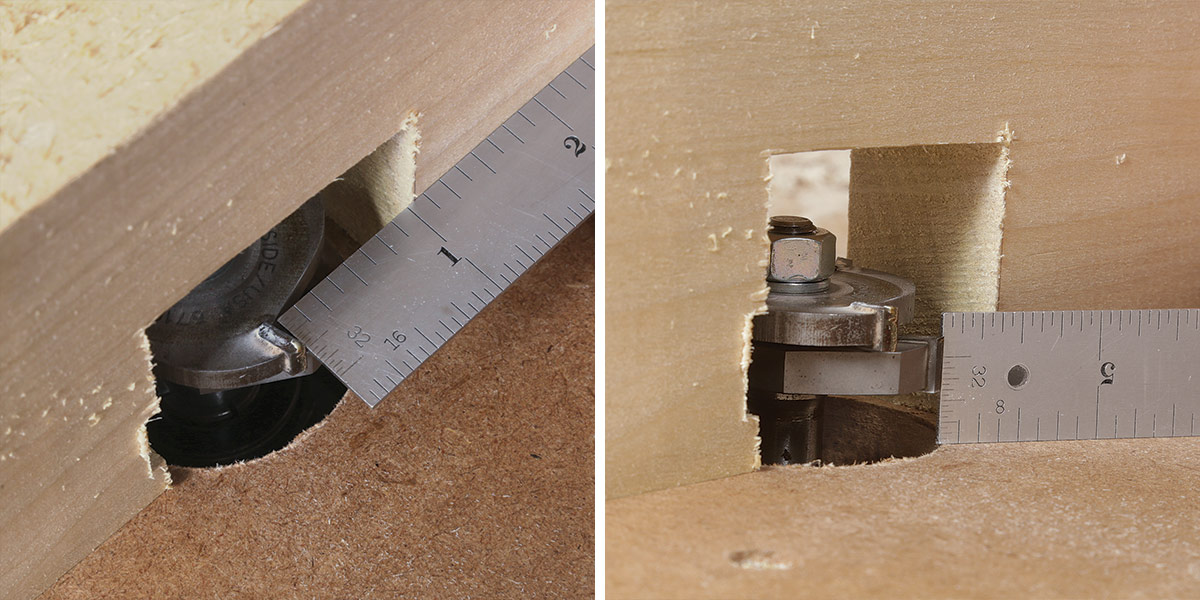 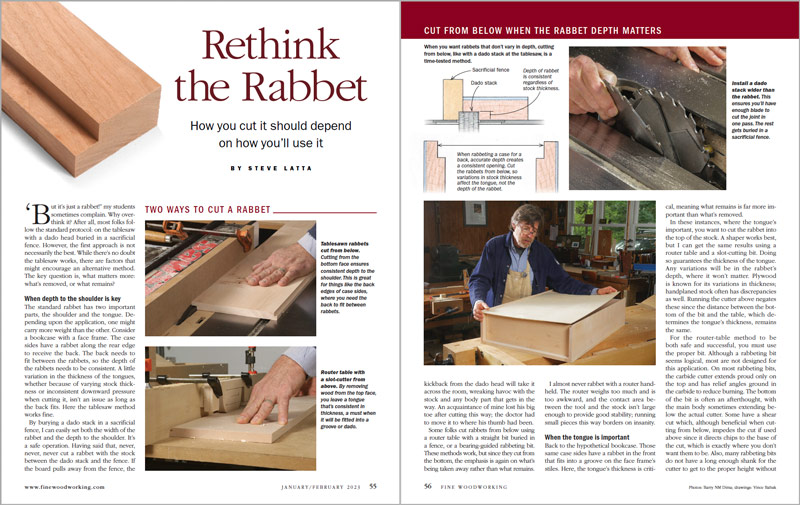 For more information and photos, please click the View PDF button below.