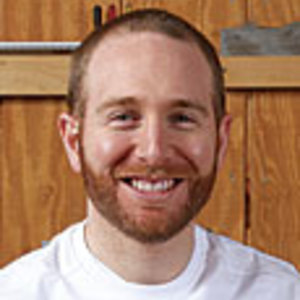 Upon discovering a big infestation of powder post beetles in a stack of wood in his shop, Northern California woodworker Greg Zall found a creative and inexpensive solution to deal with them: An industrial freezer.

For $100, a cold storage facility near his shop loaded a pallet with around 500 board feet into its deep freezer and kept it cooled to sub-zero temps for three straight weeks. Zall–with whom I just wrapped up a photo shoot earlier this month–figured it was worth the trouble to load it up and freeze it because his stockpile included some less common woods like narra, pear, nutmeg, and elm. Plus, he wanted to see if it really worked, he told me.

Zall said he decided on freezing the wood after hearing from other woodworkers who had good results. It was also the least expensive and easiest option, he said. The others were to drive the wood to a fumigation chamber at the Port of Oakland–about an hour’s drive from his shop in Petaluma–which would have charged $300 to treat the wood. The other was to heat the lumber in a solar kiln, but he figured he would need to get it to 130 degrees for about seven hours, a temperature that was only realistic on the hottest days of the year. “It seemed like a messy job,” Zall said.

As a test, Zall resawed a small, infested board in half so that he could see a couple of beetles. Then he taped the piece back together and put it with the rest of the wood in the freezer. When he picked up the wood, he checked the test piece and, sure enough, the beetles had been killed. A few other cuts in some test pieces confirmed the beetles were gone, Zall said.

Any one else ever tried this method? How did it work out? Let me know in the comments.

Workers removing a pallet of wood from the freezer.

Close-up of infested board

Zall circled the cavities where beetles were found and then checked to see if they were still alive.