How to Lay Out and Cut Dovetails for a Box

A box is the perfect project to learn how to cut dovetails by hand.

This is the second of three articles on making a simple dovetailed box. The first article explained how to mill the cherry stock for the box. Here, we show how to lay out and cut the dovetails. In the next article you’ll learn how to assemble the box and add the hinges.

In the dovetailing courses I’ve taught, most students have found a sample set to pore over very useful. Of course, you need to make that first set to have it to study (it’s a chicken and egg thing).

My dovetailing strategies have become habit over the years, both good and bad. I’ll show you the whole process, though I admit taking shortcuts sometimes. It’s traditional to cut half pins, not half tails. I’ve also made one tail wider to accommodate the kerf of material lost when the box is sawn in two.

1. Set your marking gauge to the thickness of your boards. Scratch your baseline on both faces of each end of all four side pieces.

2. Align the front, back, and sides as you want them in the finished box. Label the joints on the top edge (I use “A-B-C-D” for the four joints). I mark the outside faces with “Tails,” and on the sides I write “Pins,” to keep track of which way is out and which part of the joint goes on which board. Believe me, all this writing helps avoid disasters.

3. With a marking gauge scratch two parallel lines, 1/8 in. apart, along the faces of all four boards, 1-1/16 in. from the top edge. This marks the kerf where you will saw the box in two after assembly. It’s important to mark these lines before you lay out the dovetails because they show the boundary between the top and bottom of the box.

4. On each end of the tail boards, mark lines 1/8 in. from each end. Then space the tops of the tails evenly, as shown in the drawing below. It’s important to space the tails around the kerf farther apart. When you cut the box apart, the resulting half-pins should look like a proper-size whole one.

5. Across the ends of both tail boards, use a square to draw the lines that describe the tails. Then set your T-bevel for the angles of the tails and mark the angles on the face of one board. The right angle for dovetails is simple to get. I’ve never found recommended degrees and such useful. I set my T-bevel off another set of dovetails in my shop or by eye. But if you don’t have a sample joint or layout jig and are uncomfortable doing it by eye, try the technique in “Paper Angles.”

Though they’re helpful, you don’t need a T-bevel, angle guide, or protractor to lay out good dovetail angles. You can make do with a piece of paper, a pencil, and a ruler.

Measure 1 in. from a corner along the short side of a sheet of paper and make a mark. Measure 6 in. from the same corner but along the long side. Draw a straight line between the two marks and cut along it. You’ve just made an adequate dovetail jig.

To use it, fold the remaining piece of paper at 90 degrees across its width, then drape it over your workpiece. Mark out your tails as necessary. It’s that easy.

6. With a fine-toothed saw, cut your marked lines down to the base line. The toughest part is sawing exactly to your line, so keep your eyes open and pay lots of attention to the way you hold the saw. Sawing two boards at once helps ensure accuracy.

7. Turn the boards sideways in the vise and cut off the waste at the ends.

9. For the tails on the other end of the front and back pieces, use the ones you just cut as a template.

Start with the two 1/8-in.-wide half pin lines at either end, then divide the remaining space evenly, taking into consideration the kerf you’ll lose later. As for errors, the less evenly spaced dovetails are, the more they say “handmade.” So give yourself a break if you’re not precise. 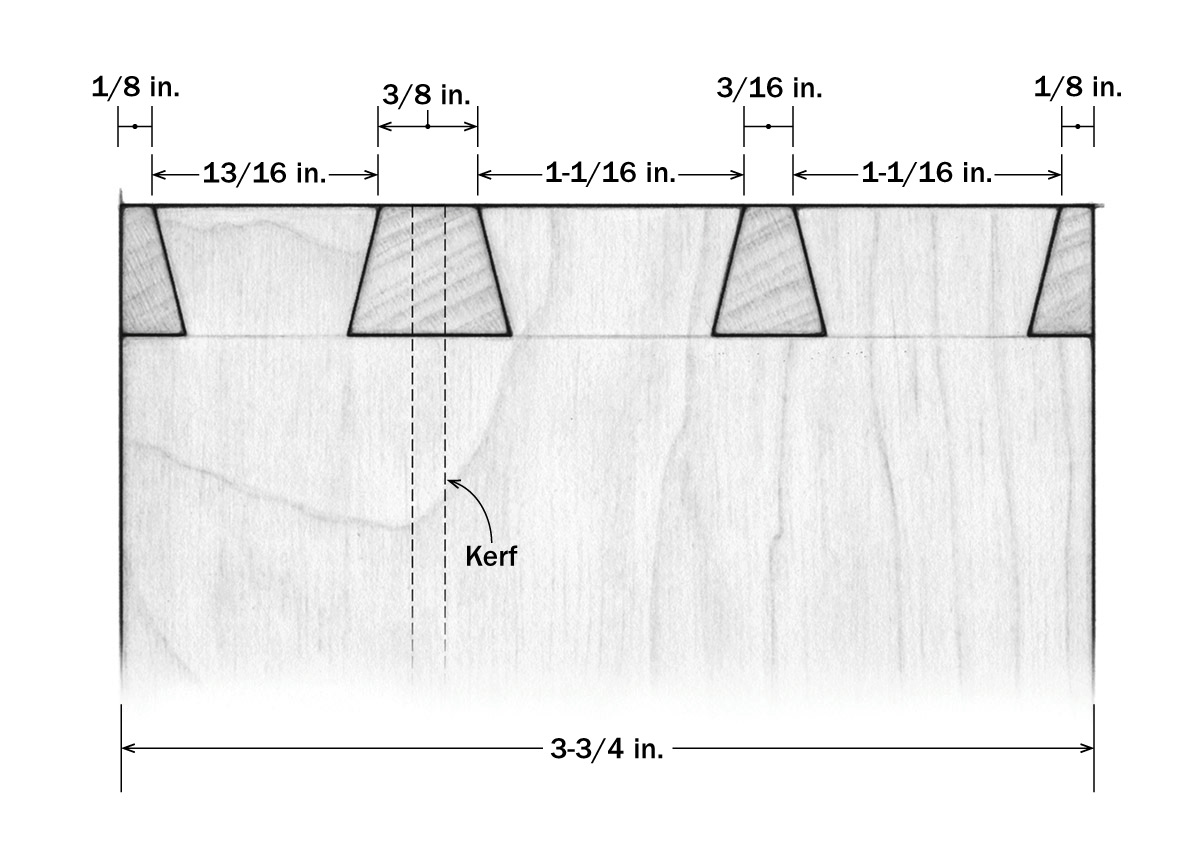 1. Unlike the tails, you lay out the pins individually using the matched set of tails as a template. This ensures that each joint fits perfectly. So place the “A” tail board over the end of the “A” pin board and trace the tails onto the ends of the pin board with a pencil.

3. Mark the waste between the pins. This is a key orienting technique. Without those marks it can be very easy to cut out the wrong parts, or simply on the wrong side of your line.

4. Saw just inside of the lines you marked (on the waste side). It’s best to leave the pins large. Don’t saw directly on your guidelines.

5. Use a wide chisel to chop out the waste so the base line is straight. Of course, you can saw out the waste, too.

6. Pare clean the surfaces you’ve just chopped with a chisel. If you leave them rough, they’ll prevent the joint from coming together fully. Never cut shallower than the baseline at the edges, but inside where you don’t see it’s fine to undercut a bit. F

1. Do not reach for the hammer. Test fit the joint with hand pressure only (and using the palm of your hand like a hammer will hurt). If the joint doesn’t start to go together by hand with some effort, then it’s too tight. If the joint goes together the first time perfectly, call the local newspaper, as you’ve just performed a miracle.

2. Feel for where the fit is too tight. Pare down the faces of the offending pins.

3. If the joint is almost together and you need just a slightly bigger push than your hands can muster, it’s OK to reach for a hammer. But don’t tell anyone. If the tail board splits, I warned you. C 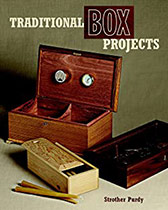