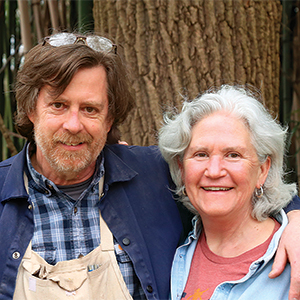 Steve Latta was in college in Ohio when he began woodworking. “It was just a natural fit. I was paying for college fixing bicycles and I overhauled a bike for this guy who owned a furniture shop and he told me I was good with my hands. He offered me a job and I took it. Never looked back, no regrets.” From there, Steve worked in several shops, taking as much as he could from each before moving on. Because he wanted to do period work, he ended up about an hour west of Philadelphia and has stayed in the area ever since, raising three children with his wife, Elizabeth. Feeling burned out from working in cabinet shops, Steve sought a teaching job, and as providence would have it, the local technical college, Thaddeus Stevens, was looking for someone like him. He’s been professor of cabinetmaking and wood technology there for more than 20 years.