Outtakes from a photo shoot

When I visited Len Cullum at his shop in Seattle this summer to shoot photos for his article on making Japanese-style sawhorses, I was knocked out by the quality of his workmanship and by his collection of vintage tansu. Not to mention the Japanese-style garden structures he builds, including a tea house that he’s just finishing up; he does rapture-inducing work. Looking through the photos from the shoot brings back Len’s particular embrace of the craft—a combination of deftness, passion, resourcefulness and humor.

Cullum is a masterful woodworker with a keen eye for vintage Japanese handtools. So it was surprising to hear him wax enthusiastic about perhaps the humblest tool he used during a recent project: a disposable paper cup. Cullum, whose work building Japanese-style doors, shoji screens and garden structures involves myriad joints and elaborate assemblies, spreads glue with a brush and uses a Stancup disposable pleated paper cup to hold the glue. The cup’s wide flat bottom makes it stable and its low sides make the glue easily accessible. When the assembly is done, so is the cup. Stancup makes them primarily for artists’ paints, and Cullum buys them in an art supply store for about 10 cents apiece. You can get them online here. 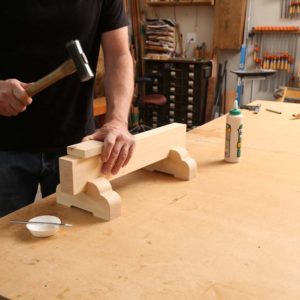 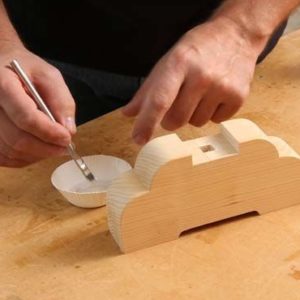 A vise is used for what purpose?

Cullum does have a traditional workbench with vises and dogs, etc., but it doesn’t seem to see a lot of use. Almost all his work happens on a very large MDF-topped table he built that occupies the center of his shop. He’ll occasionally clamp a workpiece to the table to work on it, but the table is lowish, and sometimes, he finds, sitting on the workpiece is just the right way to pinion it to the table. 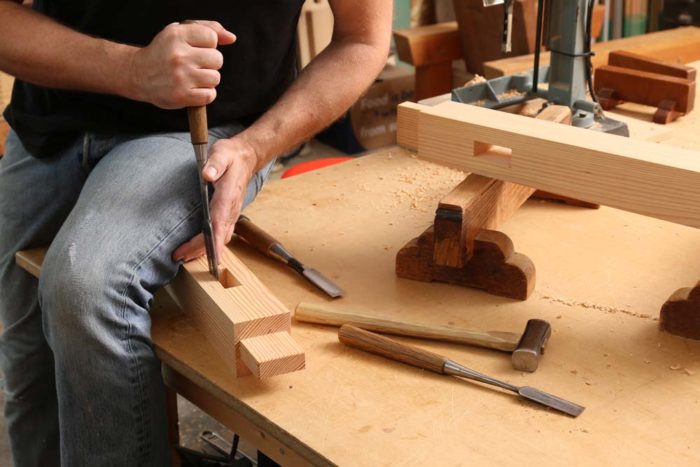 Len’s article was about building a set of beefy full-size sawhorses and a pair of low horses that he uses on the benchtop to elevate his work “above the fray of tools,” as he says. He’s built multiple sets of these mini horses (which he forbids me from identifying as ponies), making them a different size each time. I think my favorites are the ones that support long workpieces when he’s using his benchtop mortiser. Admit it, Len, those cute little guys should be called foals. 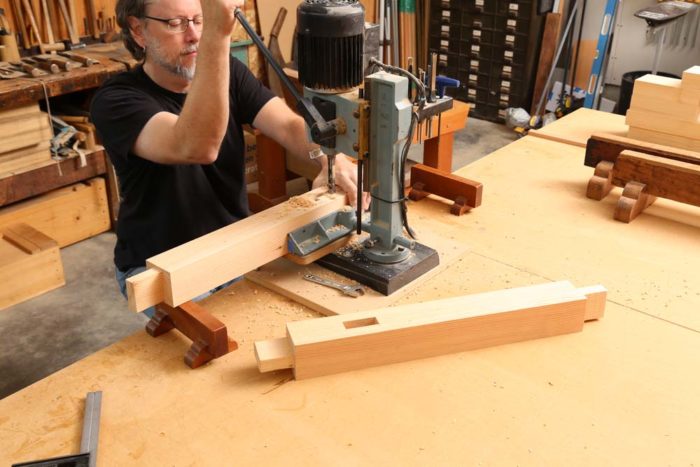 As I mentioned, the man has a penchant for Japanese tools; he’s also got a compulsion to use the right tool at the right time. 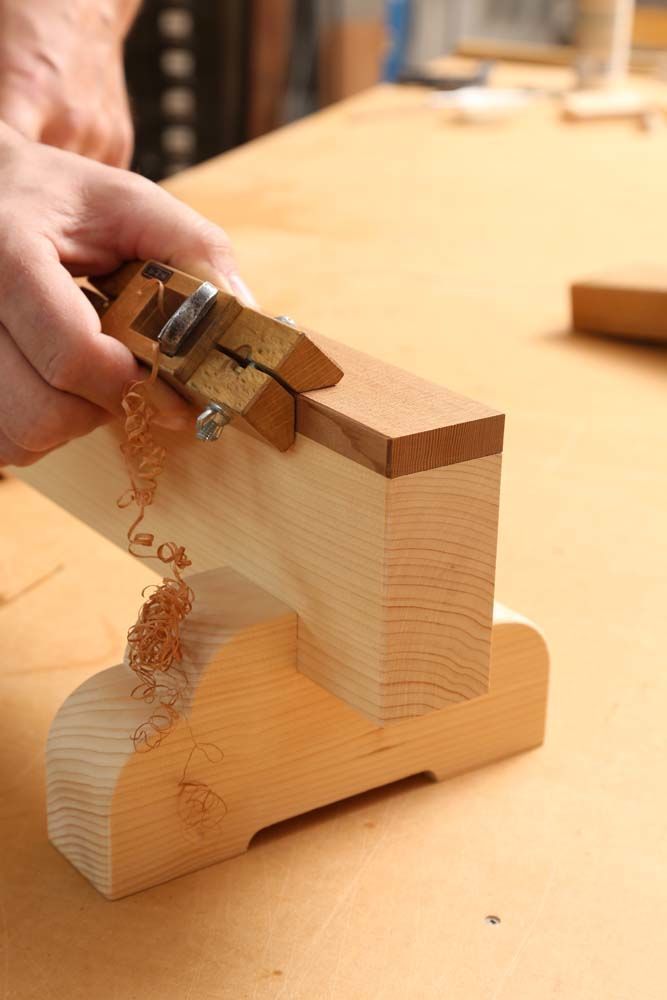