It doesn’t take much muscle to use this router collet

I hate dealing with stubborn router collets. I can’t count the number of times my collet wrenches have gone flying, or pinched my hands, while I’m trying to loosen a hard-to-reach collet, and owning more than one brand of router means the right wrenches are always in the wrong drawer. Spindle locks are supposed to be a big help, but they can add their own hassles when the lock plunger is buried under a router-table plate or router lift housing. Curses!

A few years ago I ran across a new type of router collet and it revolutionized my router routine. No longer do I need a pile of wrenches for all my different routers, and gone are the struggles with changing bits. One 5/32-in. Allen wrench is all I need. What a relief! And if a Bondhus-type ball-end wrench is used you can even loosen the collet when it’s slightly below table level. 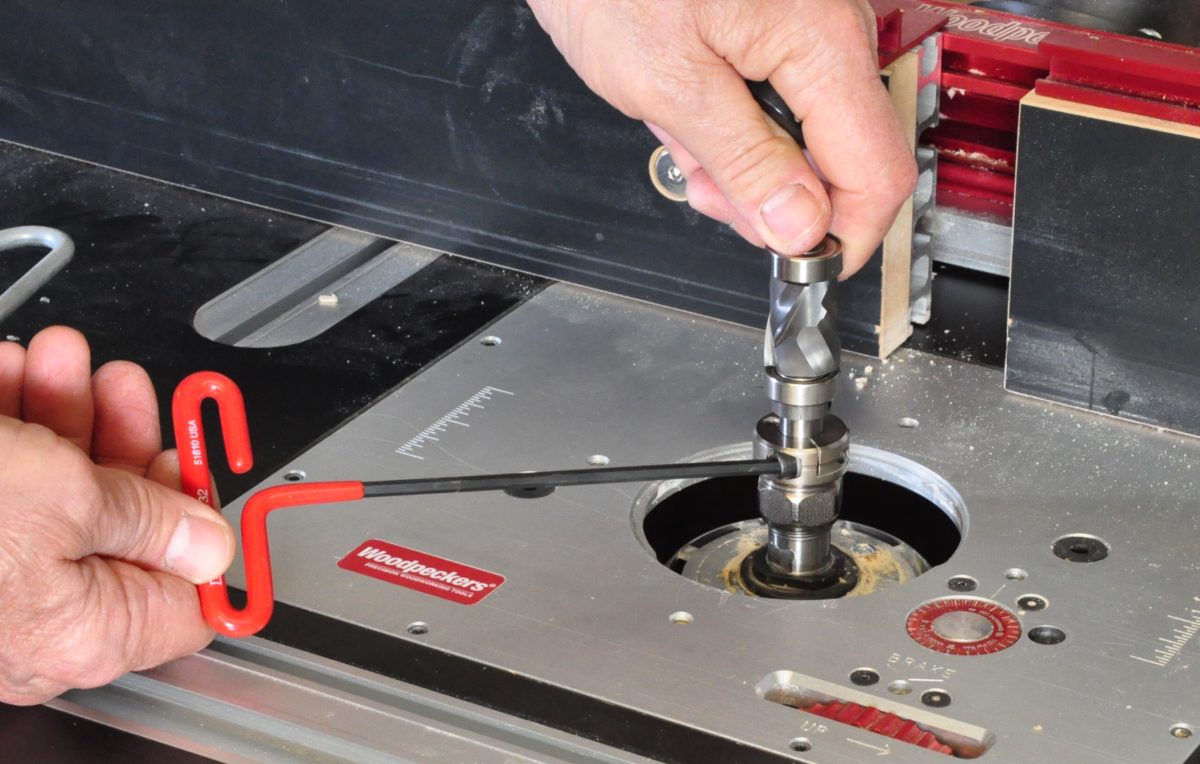 Here’s what makes the new collet tick. Typical collets have a cone-shaped bit holder with slits in the cone that allow it to contract around the bit shank as the collet nut pushes the cone into its socket. The problem with this arrangement is that if the bit is bottomed out in the collet socket, the bit holder has to slide down the shank of the bit as it tightens. This can scar the shank, jam the bit in the holder, or worse, not tighten completely, allowing the bit to slip, wrecking the project as the bit moves out of the collet. We’ve all experienced a bit dropping (or raising in a router table application) and it’s beyond frustrating. 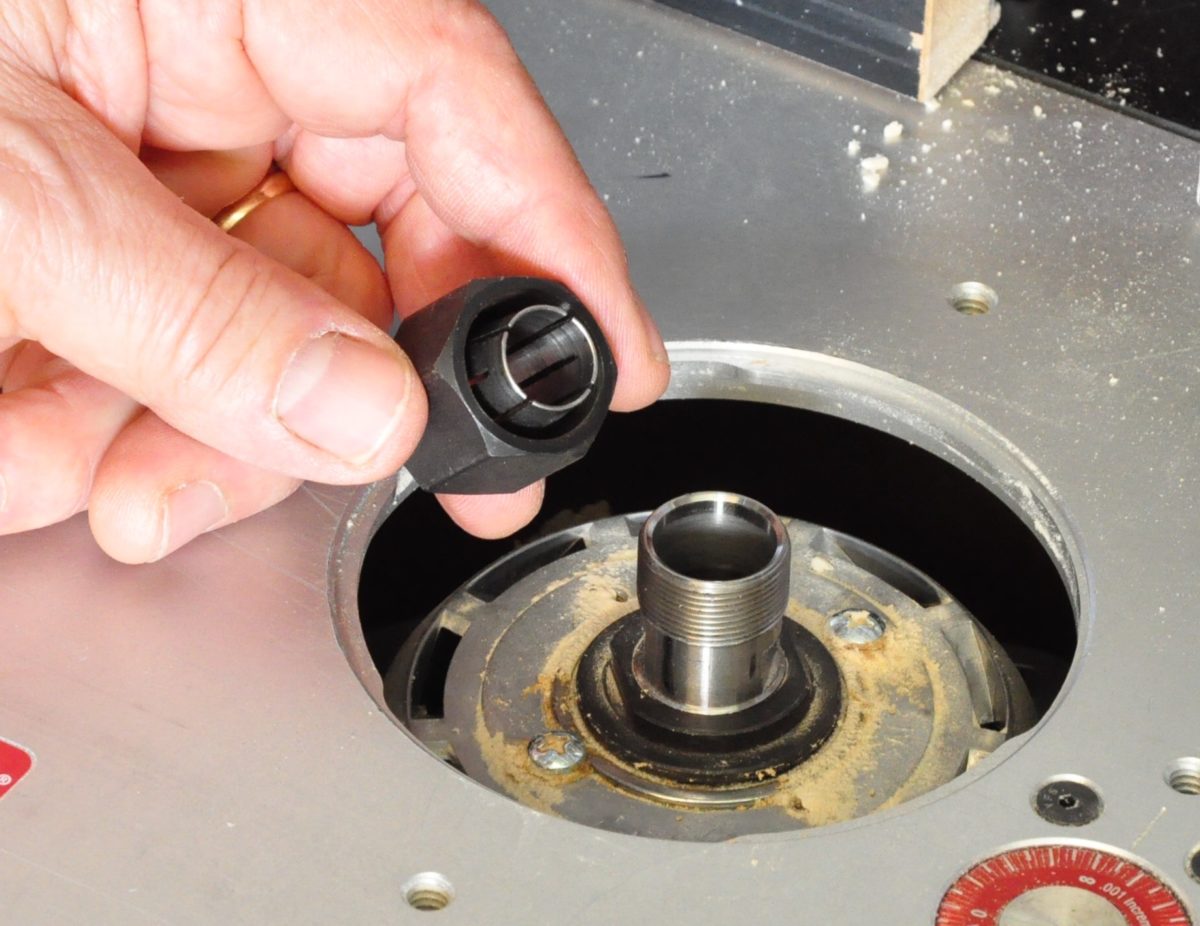 Adding to bit change frustrations with a standard collet is that the collet nut, once loosened, needs to be run up the threaded collet shaft until it pulls the cone out of the receiver, releasing the bit. Older-style collets don’t have a cone that is fastened to the collet nut, so a smart whack with a scrap of wood is usually necessary to release the bit. Tiresome. Not allowing the bit to bottom in the receiver can side-step some of this hassle, but in the heat of battle it’s often overlooked. Putting an 0-ring in the receiver can help; it gives the bit a little squish area, but it’s not a guarantee of a clean release.

The quick-release collet works by cinching the bit in place. The collet collar has a vertical slit that allows the collar to close around the bit shank and a horizontal slit allowing part of the collar to move. The collar becomes a small spring-loaded clamp. A bit can be pushed all the way to the bottom of the collet shaft without worry of jamming the bit—no slotted cone to seat, nothing pushing the bit 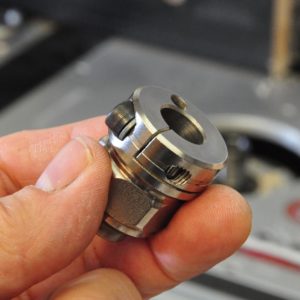 Installing a quick-release collet is a snap. It has a cone that fits in the receiver just like a typical collet. The cone doesn’t have slits because it doesn’t need to compress around a bit shank, it only needs to seat in the receiver. It’s a one-time installation and then you can throw those clumsy wrenches in a box and forget about them. Hallelujah! 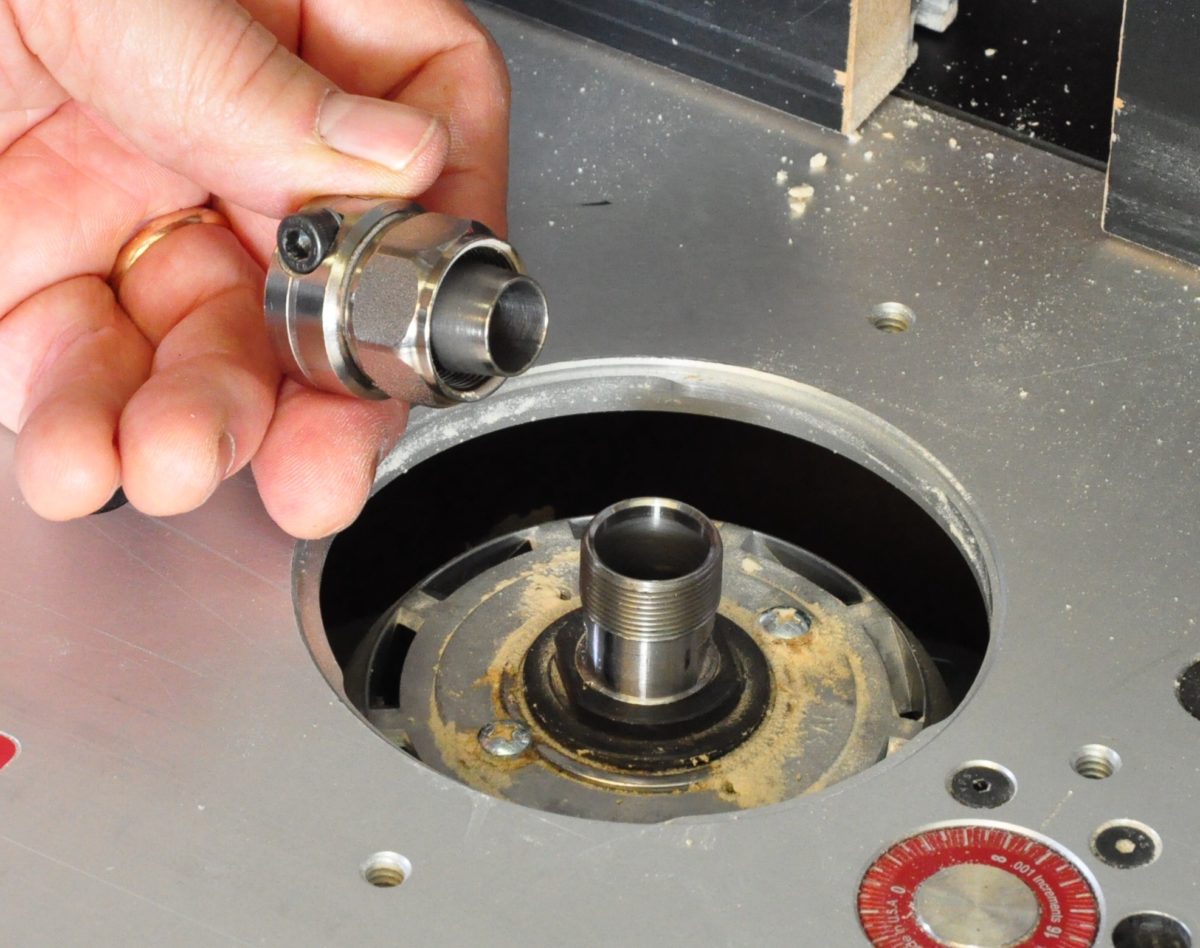 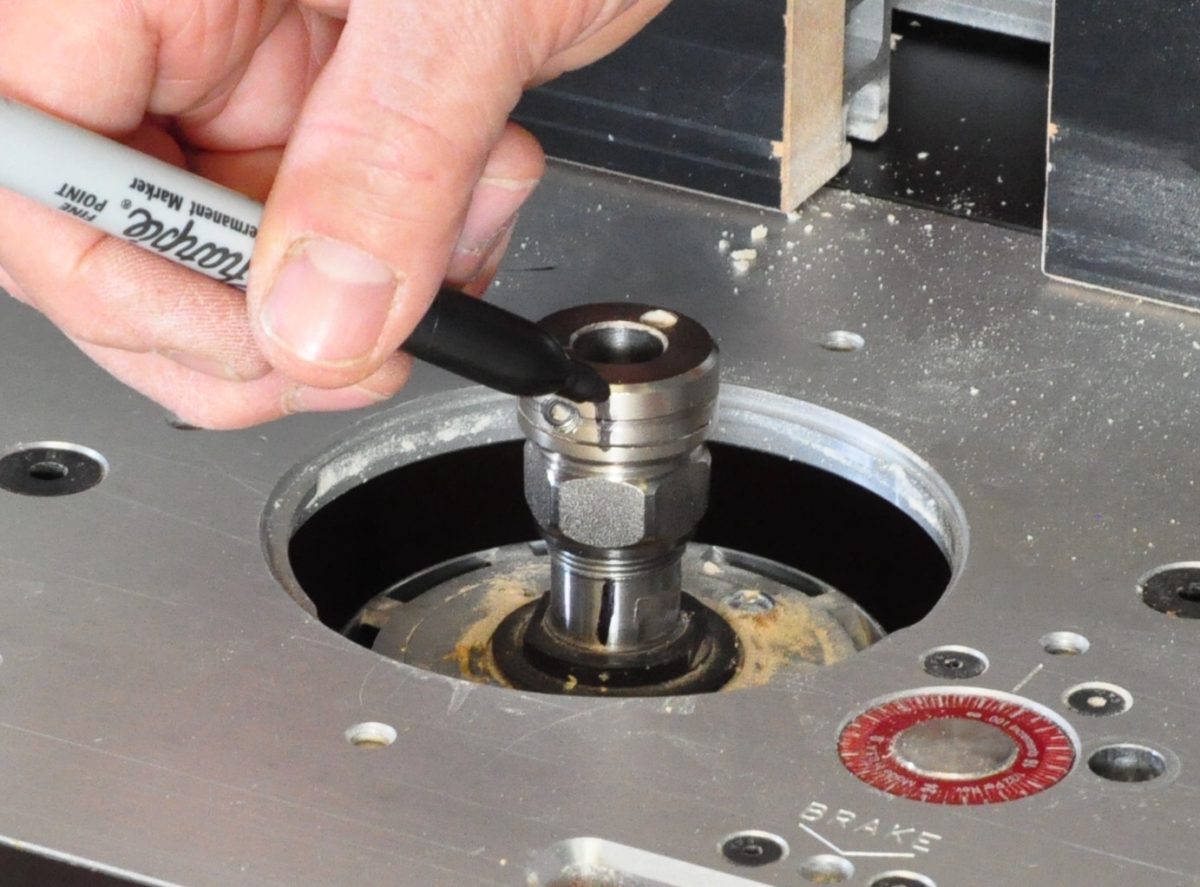 One small consideration: The quick-release chuck collar raises the collet height about 1/2 in. compared to the original chuck.

The chuck I use is the Muscle Chuck and there are different models that will match nearly any router.
If you use 1/4-in.-shank bits you will need to purchase a reducer, as all Muscle Chuck collets are 1/2 in. The reducer is designed specifically for the Muscle Chuck, a standard 1/4-in. reducer won’t work well as they tend to get locked in making it difficult to remove them.