Spalt Your Own Lumber: Just Say No To Brown Rot!

I’ve spent a lot of time on this blog talking about white rot – the fungi that cause bleaching and zone lines on spalted wood.  What I haven’t talked much about, however, is white rot’s evil twin, brown rot.  Brown rot grows primarily on conifers, while rot tends to prefer hardwoods.  However, when presented with no other option, brown rots will grow on hardwoods, especially in spalting tubs!

What does brown rot look like?  Brown rot decay on wood turns the wood brown (surprise surprise) and causes a cubical cracking.  Unlike white rot, which turns the wood soft, brown rotted areas are crumbly to the touch, and cannot easily be stabilized. 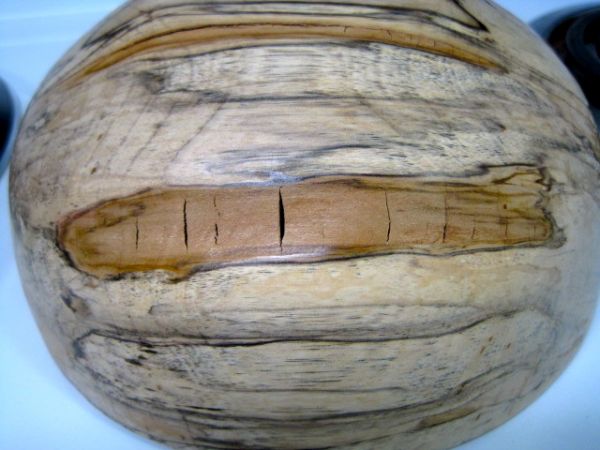 One of the major benefits of controlled, indoor spalting is that you can completely prevent these fungi from colonizing your wood.  So how do you keep brown rot fungi out of your tubs?

1) never pick any mushrooms that are growing on conifers.

2) don’t spalt conifers, or if you must, keep your conifers in a different bin from your hardwoods

3) if you see any of your pieces developing a brown cubic cracking, remove all pieces from the bin and sterilize the bin immediately.  If you’re lucky, it won’t be too late to save some of the pieces.

Brown rots can spoil the best laid spalting plans, so its important to always keep an eye out for them.  Below are a few photos of a bowl I recently finished.  It had only just begun to start its pink phase, when I discovered it had brown rot damage.  I had to pull the bowl immediately, even though I already had nearly a year invested in the bleaching, zone lines, and blue stain on the piece! 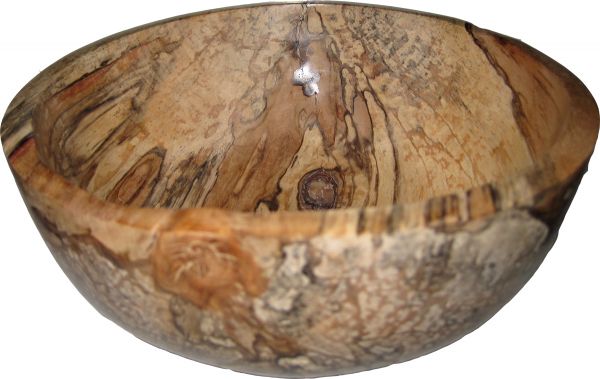 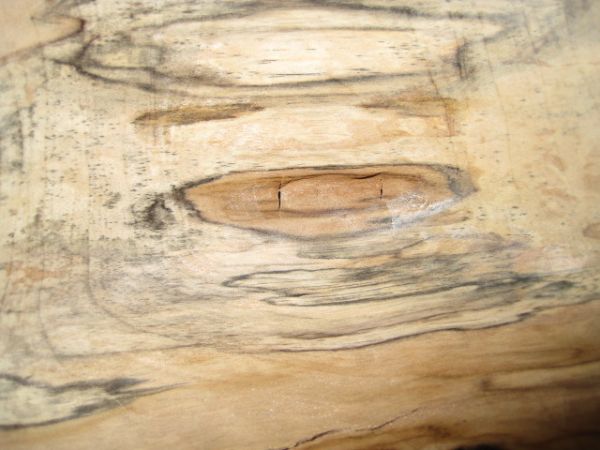 It may not look like much, but small pockets of brown rot can destroy an entire bowl. 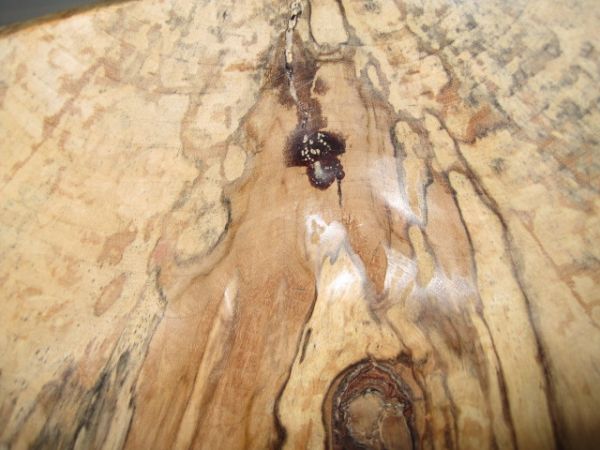 Unlike white rot, which can be stabilized with cyanoacrylate glues, brown rot just doesn’t cooperate.

brown, cubic cracking on wood is from brown rot fungi

small sections of brown rot are easier to control