The incredible carvings of Zanzibar

Take some advice from Bob Miller, and explore the rich variety of art woodworking and carving in diverse regions of the world.

Many people have heard of Zanzibar, but few associate it with woodworking. They really should. Zanzibar is an archipelago of two large islands and many smaller islands that sits off the coast of Tanzania in the Indian ocean (click here for a map). After the 1963 revolution, Zanzibar became independent and a year later, in 1964, was joined with the newly formed independent nation of Tanzania as a semi-autonomous region of Tanzania.

Prior to this, Zanzibar had a long history of trade and confluence of cultures. As early as the first century CE, people from ancient Oman, Somalia, and India were traveling to Zanzibar to trade with the nearby Swahili coast. It was not until 1499 that the first Europeans arrived in this robust trading port.

This long and storied history of so many cultures from so many places meant that Zanzibar developed a culture all its own—blending, borrowing, and stealing parts of all of the cultures that came in contact with each other on the island. One of the most notable cultural traits that developed in Zanzibar was a rich and complex culture of wood carving.

This carving culture is most evident in the oldest section of Zanzibar city, Mji Mkongwe, known in English as Stone Town or Old Town.  Throughout Mji Mkongwe, you will find richly carved and elaborate doors. The doors blend Islamic, African, and Indian traditions. The door was meant to reflect the wreath and status of the person or people behind it, so many doors of increasingly elaborate styles were carved and installed throughout Mji Mkongwe.

On these doors you will see the heavy influence of the Makonde carvers of the Swahili cost, blended with the regular geometric patterns of Islamic art and the brass bosses studding the surface drawn from India.

The influence of the Makonde carving culture cannot be understated. The Makonde are a group of people living along the Swahili coast in the areas that are now northern Mozambique and southern Tanzania. The Makonde successfully resisted colonization until at least 1920. 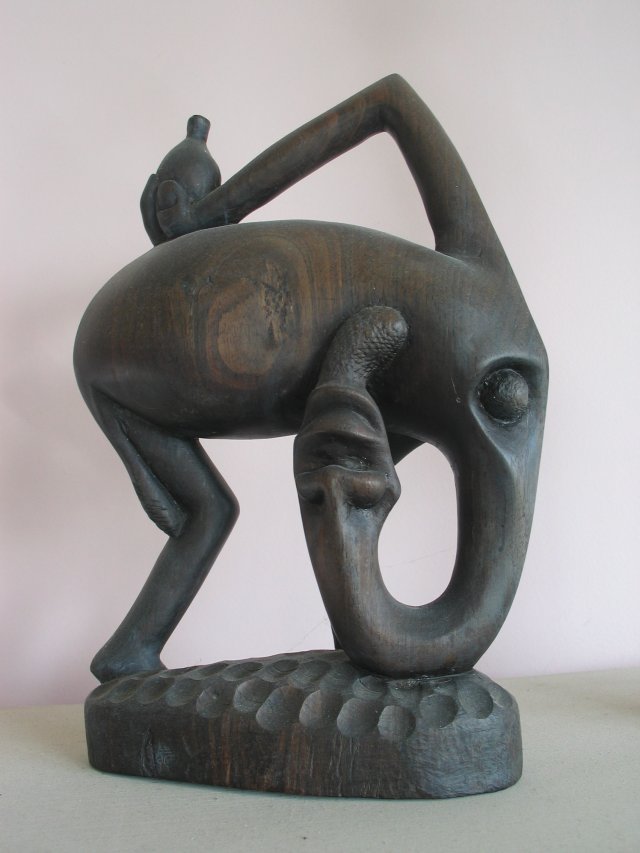 I am sure that many people have seen Makonde carvings but don’t know them by name. They are typically sculptural, stylized human and semi-human abstracted forms, often depicting the Makonde creation myth.  Carving pervades Makonde culture so completely that the creation myth of the Makonde people is that all humans were created by the first being. This gender-neutral being, having lived on the earth alone, grew lonely and carved humans of wood, and laid them on the ground. The next morning, the carvings had come to life.

As the Islamic influence grew in Zanzibar, architecture incorporating the traditional wood carving of the region into the Islamic doors of  Mji Mkongwe began to grow. The usually rigid geometric forms of Islamic ornamentation give way to more fluid flowing forms derived from the Makonde; the repetitive decorations ringing the doors and door frames incorporate both the sculptural naturalistic forms of the Makonde alongside the repetitive geometric forms of the new Islamic art.

The third major influence in the doors of  Mji Mkongwe comes from India. A feature seen on many doors is a series of brass or bronze pointed bosses adorning the surface. These are a symbol of strength and defense in Indian architecture, derived from a traditional Indian form used to defend royal residences from war elephants that were used to batter down the door.  Obviously this is not a necessary function in the tangled warren of medieval streets of  Mji Mkongwe. 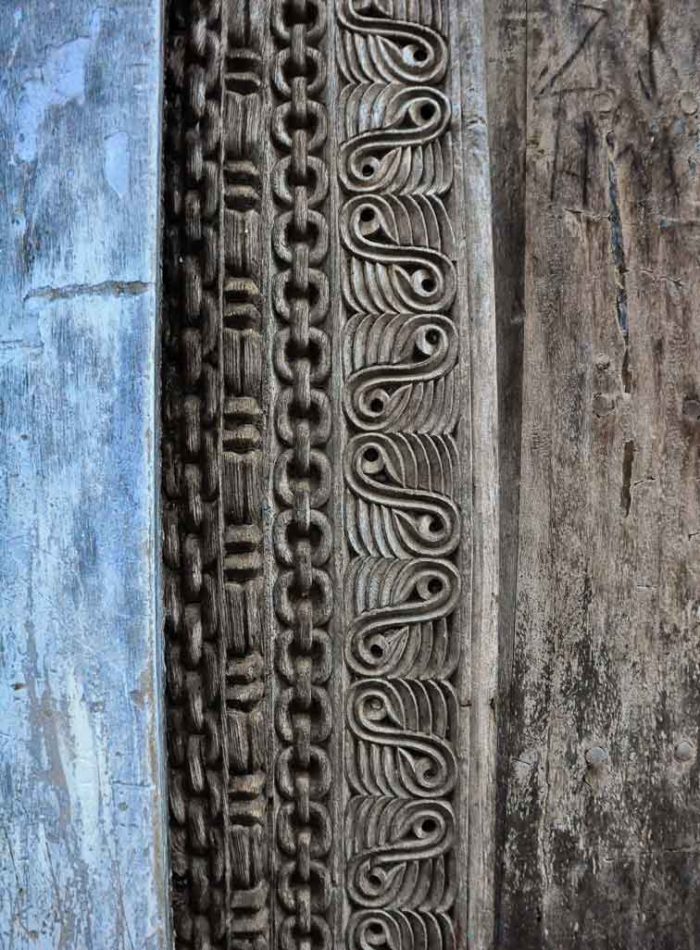 So when you are thinking about carving, and thinking about woodworking, I ask that you think beyond the western Euro-American world and look to the traditions of other cultures. Euro-America does not hold the monopoly on style, culture, and tradition. There is beauty and knowledge all around us in every corner of the world, a rich and long history of art woodworking and carving out there waiting to be explored. Zanzibar is just one of countless places that inspire me to better my understanding of the broader world of woodworking.