A neat tool and finding inspiration

In his blog, Mike Farrington takes a look at the UJK Parf Guide, a tool that makes 90° easy as pie–and pays tribute to one of his inspirations.

I really don’t like recommending a specific tool. The reason is that in most cases I haven’t used every version of a tool, so how would I know which one is best? I’d rather leave that to the tool reviewers in Fine Woodworking. In this case, though, this tool is unique, and solves a particular problem all of us woodworkers struggle with: cutting accurately to 90°. The UJK Parf Guide is a tool that makes 90° easy as pie. It may seem expensive at first, but when compared to other tool options on the market, it’s actually a good value. To sum up, it’s a drilling jig that allows the user to drill rows of 20mm dog holes at 90° to each other. These rows of holes can then be used to set up a pair of fences that become a workstation.

The system consists of two steel rulers with precisely located holes and a drilling jig to guide a 20mm Forstner bit accurately. 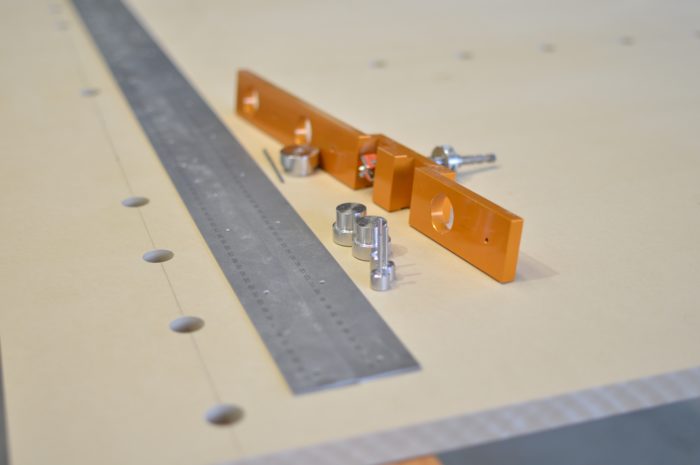 The process starts by drilling rows of 3mm holes using the steel rulers and this handheld drill guide. 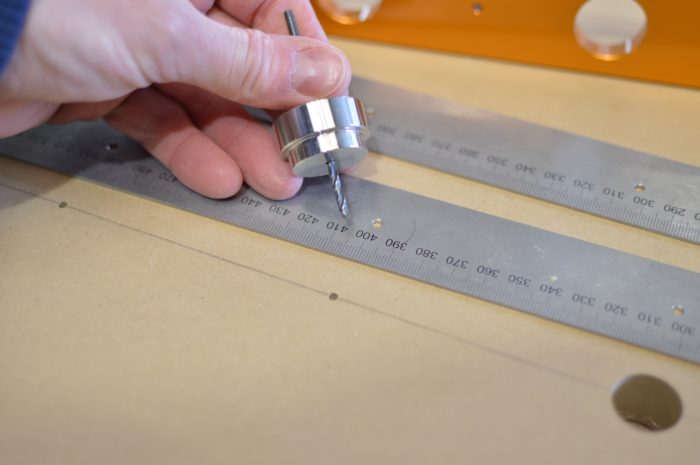 The 90° angle has been solved by Pythagoras. For us blockhead construction guys, we call it the 3-4-5 triangle. Make a triangle where one leg is 3 units, one 4, and the other 5, and the corner opposite the hypotenuse is a perfect 90. This triangle can be easily drilled using the pair of rulers supplied with the kit. 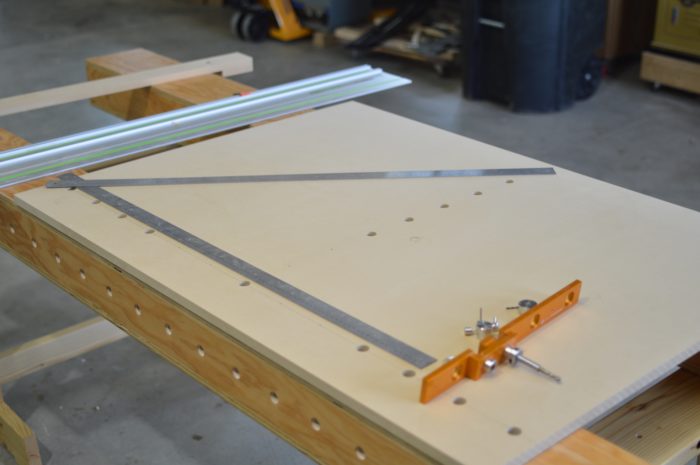 Once the rows of 3mm holes are completed, it’s a simple matter to enlarge the holes to 20mm. The Forstner bit jig has a few registration pins to make sure everything is lined up. 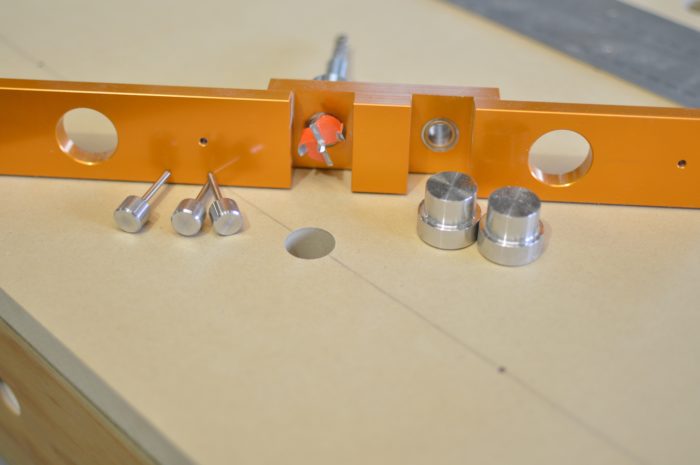 This completes the cutting station. From there, the sky is the limit. A track saw works well with this setup. 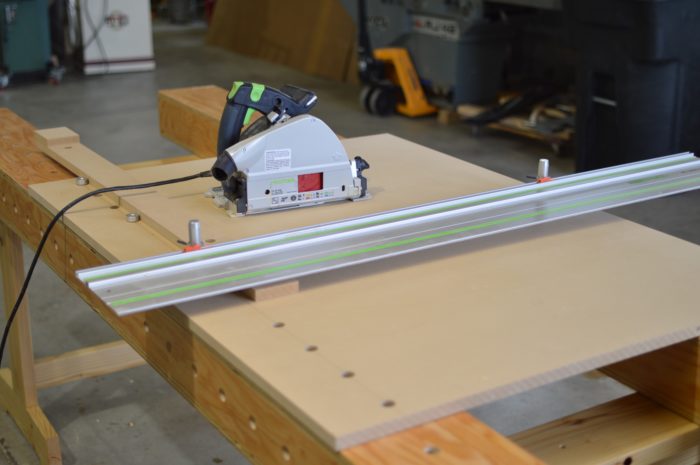 But if you don’t have a track saw, fear not, simply make a fence out of MDF using this very same jig. 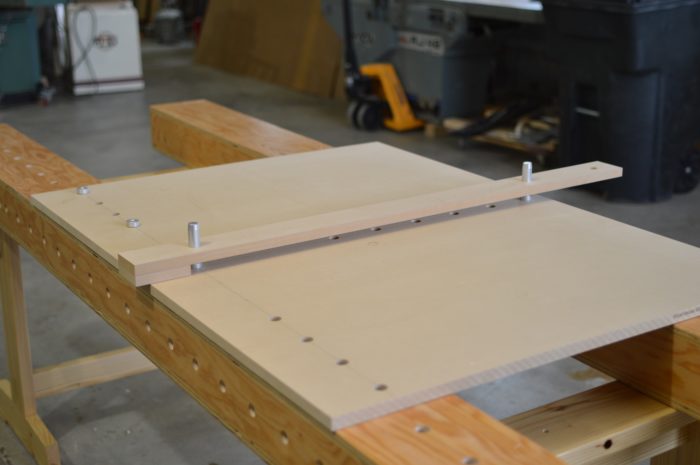 I find the MDF fence very useful for routing dadoes and grooves, however any tool can be used against this fence. The mighty SkilSaw works great. 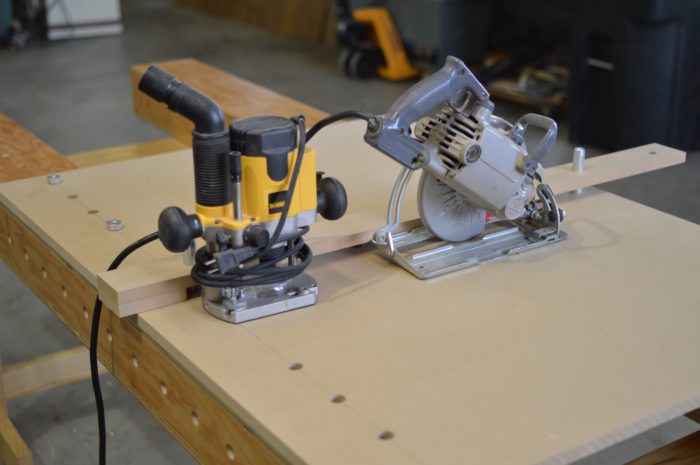 Lastly, a pair of torsion boxes and saw horses can make a really great knockdown workstation. I made this one for my onsite work as well as cutting really long stuff that I can’t horse onto my sliding tablesaw. 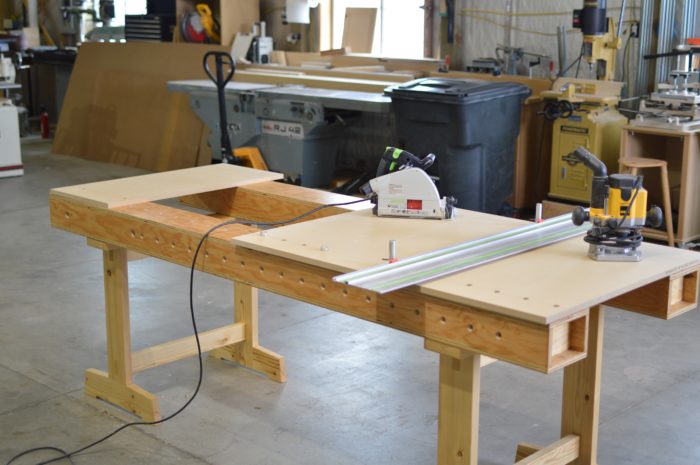 By the way, I am in no way connected to anyone involved in making or selling the Parf Guide and I paid full retail price for this kit. I’m just a user sharing what I have found.

A second short blog that’s near and dear to my heart:

A few weeks ago one of my heroes passed away. No, he wasn’t a cabinetmaker or furniture maker, but instead a drummer. Neil Peart, the drummer and lyricist for the band Rush, passed away after a battle with brain cancer. Why bring this up in a blog post for a woodworking magazine? The answer lies in something we all need, inspiration. Neil set an example that all of us should follow. He constantly worked toward excellence in his craft. While I would agree he was certainly endowed with a talent for drumming, he didn’t just sit down, pick up his sticks, and instantaneously become the world’s best drummer. He had to work at it. In fact he had to pour every ounce of his being into it.

Having consumed many documentaries and reading plenty about Neil, I could argue that it was not his talent, but rather, his work ethic that brought him success. Geddy Lee, fellow band mate, once joked that “Neil was the only guy he knew who rehearses to rehearse.” I think this quote sums up a musician with a strong work ethic pretty well. He was never satisfied, he always experimented, and he was not afraid to change. To me this demonstrates a person who is there for the craft. He loved to drum; everything else was just noise. His hard work and dedication is inspiring, at least it is to me …

A quote from his book, Far and Away: A Prize Every Time: “love and respect, love and respect—I have been carrying those words around with me for two years, daring to consider that perhaps they convey the real meaning of life.”

Neil Peart, may you rest in peace.