With the hand-tool resurgence well into its second decade, it’s not surprising that the combination plane has been reintroduced. The Veritas combination plane cuts grooves, rabbets, dadoes, beads, reeds, and flutes. Although patterned after planes like the Stanley 45, it’s not simply a reproduction of a classic, but a refinement of and improvement upon a type of plane that many woodworkers find confounding. It’s a great plane that’s far easier to use than those old combination planes.

Knurled brass knobs dominate the plane’s appearance and function. The many moving parts can seem confusing at first, but they are the plane’s greatest virtue. Every adjustment, except for one (the cross-grain nickers), is toolless and easy. Everything slides evenly, stays parallel, locks down positively, and can be dialed in precisely. The blade-locking mechanism is exceptional and yields a chatter-free surface—no small feat for a blade that’s not supported across its full width. My chief complaint with the overall design is the tote, which puts the user’s hand high above the blade instead of right behind it.

I used the plane in each of its many configurations. For making grooves and rabbets with the grain, this tool is excellent. Its heft provided extra muscle, while its ample fence made it easy to keep things square. I could work efficiently, taking a fairly aggressive cut without choking the plane. Likewise, it cuts tongue-and-groove joints well. Because a combination plane can’t handle skewed blades, cross-grain rabbets and dadoes typically present a greater challenge. Veritas compensates for this with substantial nickers ahead of the blade. A brilliantly placed set screw behind each nicker allows the user to nudge them in or out to align them with the blade.

Unfortunately, the nickers are too close to the plane’s toe, making them difficult to engage at the start of each cut. For relatively simple molding tasks the Veritas also performs well. There was some tearout in mahogany and walnut, but that’s not surprising since one side of the blade cuts with the grain while the other cuts against it.

If you’re in the market for a combination or plow plane, I highly recommend this tool.

—Bill Pavlak is a journeyman cabinetmaker in the Anthony Hay Shop at Colonial Williamsburg. 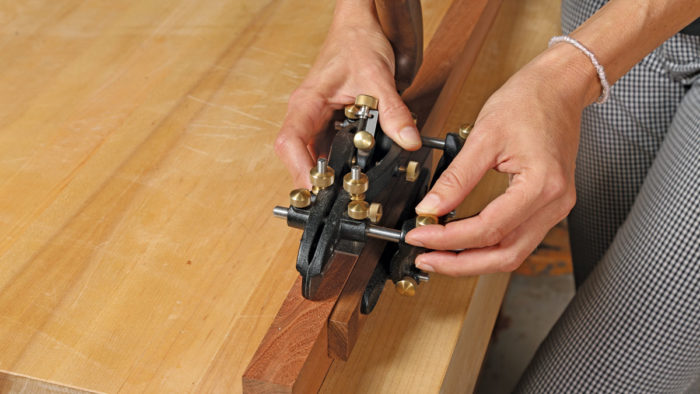 A plane that really works. One of the ways Veritas has improved the combination plane is by making it easy to adjust. Everything glides smoothly and the knobs lock securely. 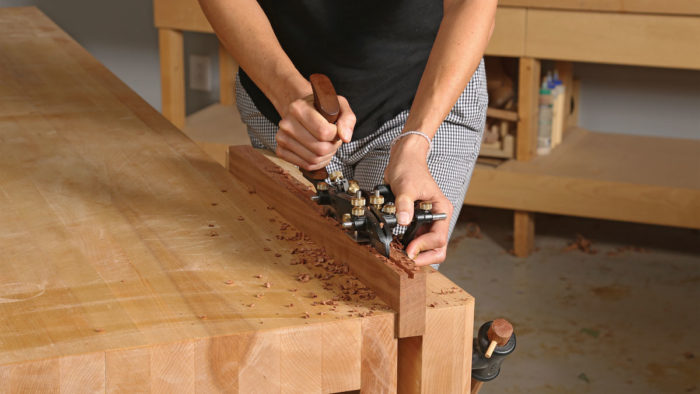 The plane also is a joy to use. With a sharp blade it cuts just as well as a single-purpose plane.