One of the many benefits of using SketchUp in the design of your projects is the ability to get all sorts of useful information out of it automatically. You can quickly add dimensions and create working drawings for the shop, you can generate cut lists as well as a bill of materials so you know how much stuff you need for the project. You can also get some other interesting information from the model.

Recently on one of the woodworking forums I read, a fellow wrote about a console table he was designing to build for his daughter. She has some little cherubs at home so he was rightly concerned about how much it would take to tip his table over.

He got suggestions to build a mock up of the table or to make a simple cross section in plywood to get an idea. There was even a suggestion to get out a calculator and do the math. An even easier method is to draw the project in SketchUp and use a plugin written by TIG called Center of Gravity. It’s available in the Sketchucation Extension Store. It will give you the centers of gravity of the individual parts as well as a composite CofG for the whole project. If you enter the density of the materials, it’ll also calculate the weights. 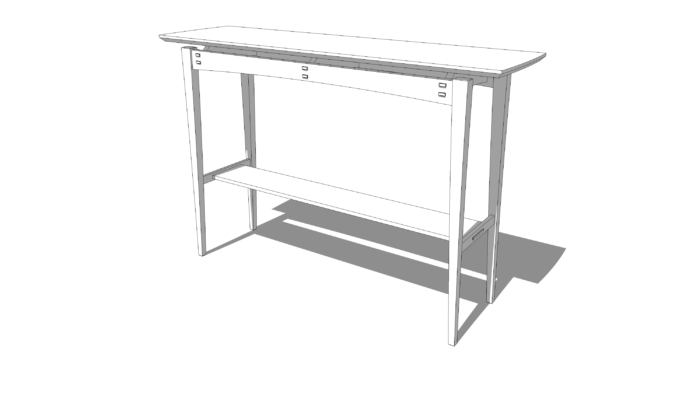