Every so often I field questions about how to print full size patterns from SketchUp models. If the user is using the pro version, I suggest that the create a scene in SketchUp and send it to LayOut. they they can set the scale to 1:1, make a PDF export and print that. It’s exteremly easy and you have the ability to do a whole lot more with it than just print that pattern.

For the users of the free version of SketchUp, it is a little more involved and not all that user-friendly. It can be done and I’ve shown a couple of methods in a previous blog post. Those methods work quite well but they can be tedious. Now, there’s a better way. Note:As of June 4, 2012 this plugin is available for both PC and Mac.

A friend of mine in the UK, Geoff Kime, wrote a plugin called gk_Postscript_Plot to generate Postscript (PS) files from the SketchUp view of a face. These files are set up to print at 1:1 so after creating the export, you open the file(s) and print them. If the pattern won’t fit on a single sheet of paper, registration marks are created in the PS files so you can accurately overlap the sheets after printing.

You can get the plugin here and if you haven’t got anything to deal with the Postscript files you can use some freeware. You’ll can download and install freeware called Ghostscript and Ghostview. These will allow you to handle the PS files. I haven’t tried it but I’ve been told that Adobe Acrobat and PhotoShop will handle them just fine as well. See the end of this post for installing the plugin into SketchUp. 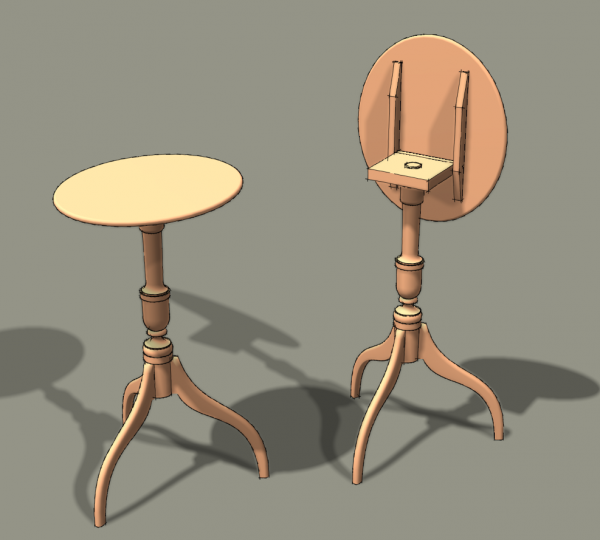 So let’s look at how this works. I made patterns from the leg and column for this little tilt-top tea table. I made the patterns by placing recctangles so they would intersect through the midline of the parts I was interested in. I selected the rectangle and chose Intersect faces>With model. The resulting face and edges are left as raw geometry. the plugin won’t see edges that are inside groups or components. 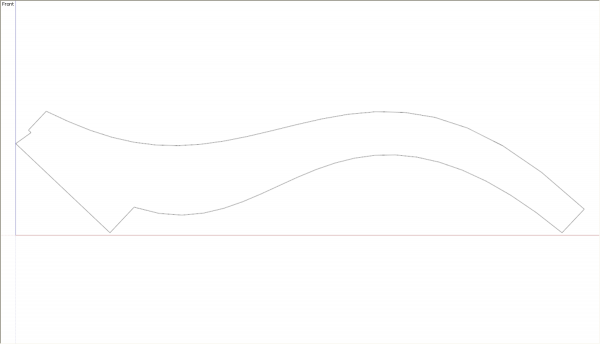 An informational dialog box pops up telling you that registration marks will be added to the drawing. This is sort of an indication that the plot will run onto more than one sheet. This box doesn’t pop up when the plot fits on a single sheet.

Then you get to choose your paper size.

And then you get a message telling you where the file has been saved. If your SketchUp file hasn’t been saved the PS files end up on the desktop. I’d save the file first. 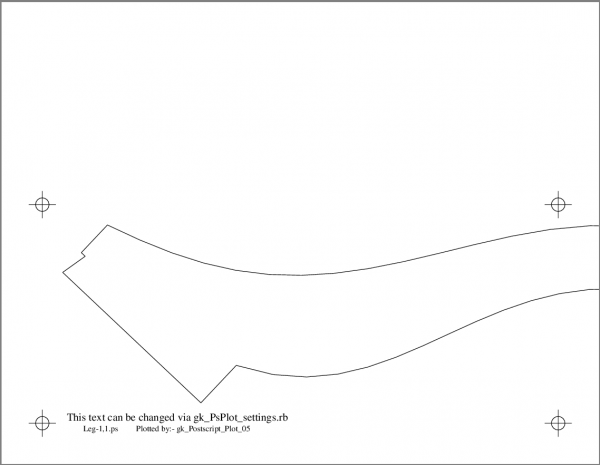 Next, open the PS files one at a time and print them. Above you can see the first of the two pages generated by the plugin. The registration marks can be seen toward the corners. There’s also some footer text that includes the name of the plot file as well as some text that can be changed by editing the file called gk_PSPlot_settings.rb. this file can be opened in WordPad or NotePad and edited like a text file. Be careful to change only the right stuff lest you break the file. 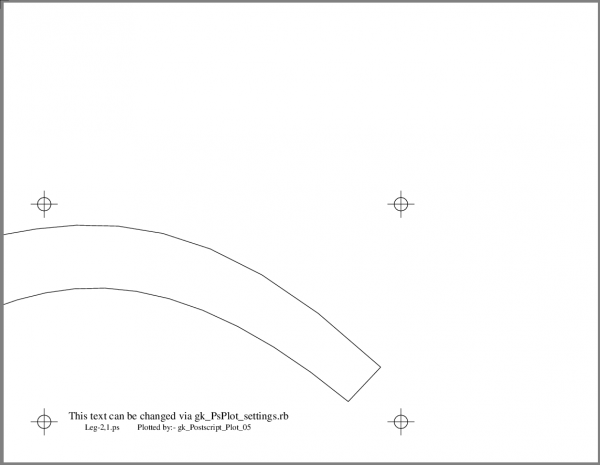 Above is the second sheet for the leg pattern. 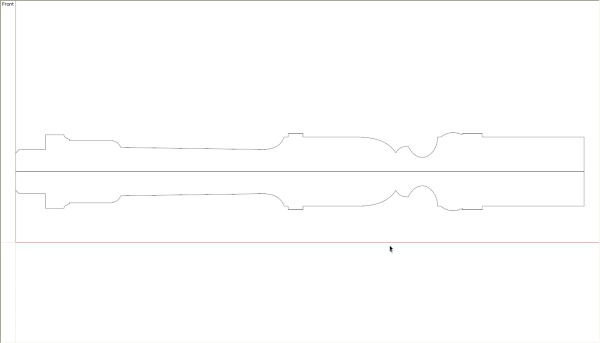 I did the same process for the column. I drew a line down the center before generating the plot files and I got the following after running the plugin. 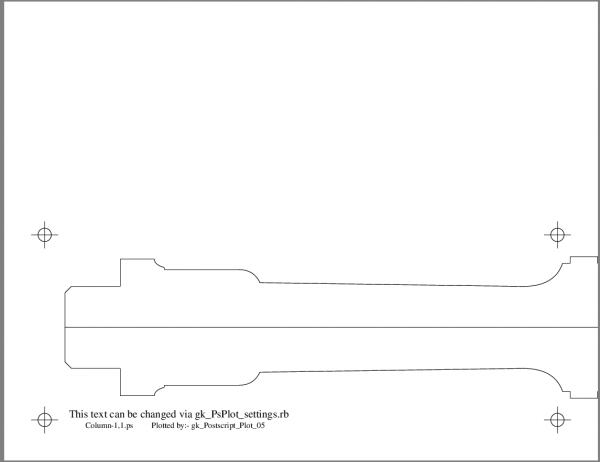 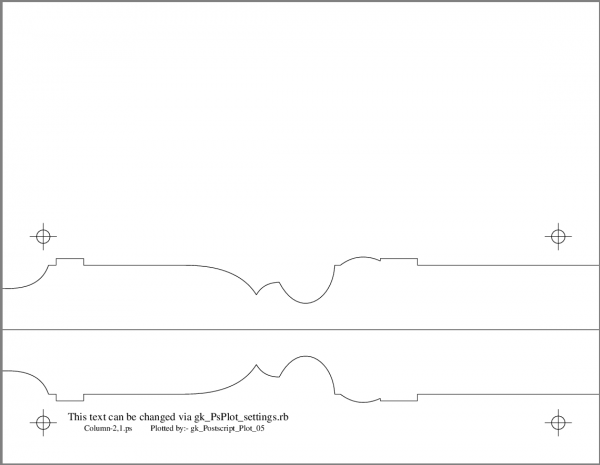 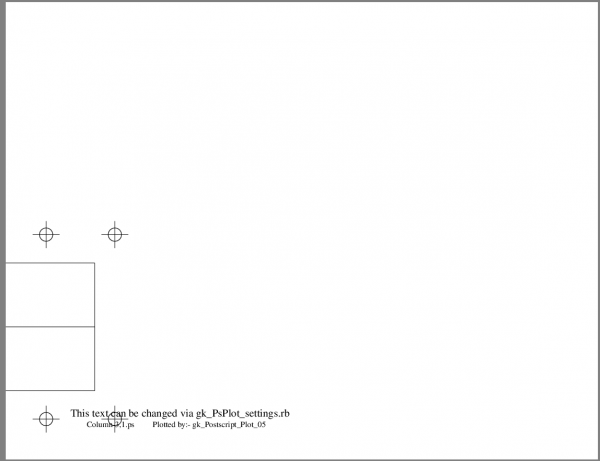 The plugin downloads with .rbz as the extension. For those using SketchUp 8 M2, save the file somewhere–I like the Plugins directory under SketchUp 8 in the Program Files but anywhere else works, too. 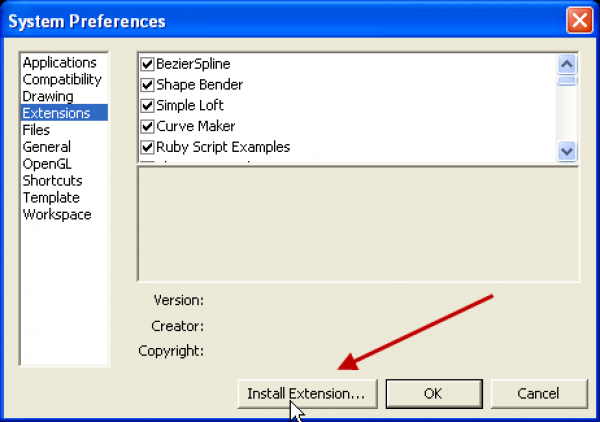 Then go to Window>Preferences>Extensions and click on Install Extension… Navigate to the location in which you saved the plugin and select it. Hit Open and then OK. The file should be ready to go but check in the extension list and make sure the box for gk Postscript Plot is ticked. The menu entry will appear in the Tools menu. Usually, when plugins are installed this way, they appear immediately after clicking OK to close the Preferences box. If you don’t see it, though, close SketchUp and reopen it.

If you are using an earlier version of SketchUp, you won’t have that install option but you’re not sunk, yet. Rename the plugin file from .rbz to .zip. then open the file with 7Zip or your favorite unzip utility. Extract the files to the Plugins folder. Be aware that the file structure must be exactly as it is when you open the zip file, see above.

If you have the need to generate full size templates from SketchUp now you’re all set. This makes it easy and painless. Give it a go.