Another Look at Creating Plans From a SketchUp Model 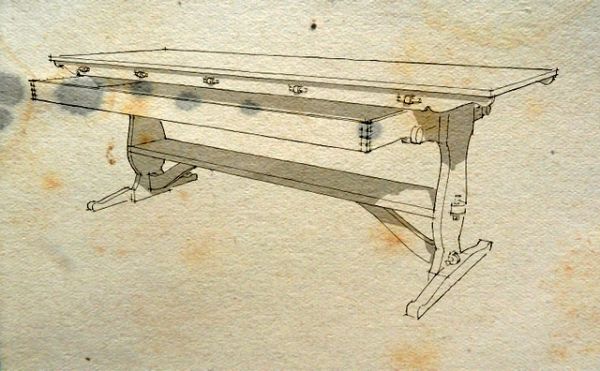 I just finished up a new set of plans and thought it would be nice to use it as another example of how I create plans from a SketchUp model. 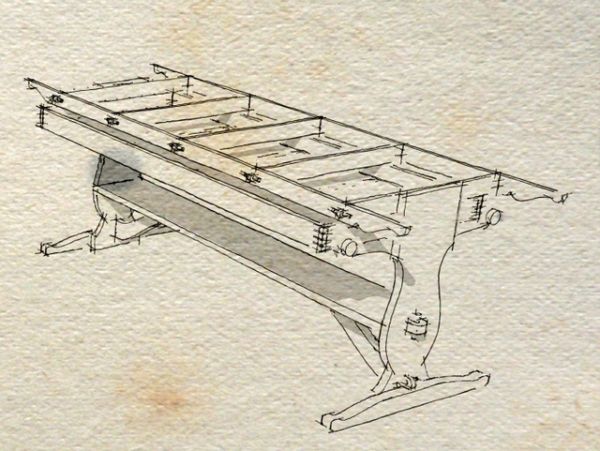 This plan is my interpretation of L. Francis Herreshoff’s drawing table. I worked from a downloaded scan from a book by Uffa Fox. From what I can tell, this plan is now in the public domain since it offered from several reputable websites. Mr. Herreshoff used this table for drawing boats which accounts for its size. It’s 9 feet long and 42 inches deep and there’s a single large, shallow drawer under the top.

The original scan is in the form of a PDF file. and consists of a single page of information. My first task was to select parts of the PDF file and save them as JPG images. I zoomed in to fill the screen with the area I was interest in and copied it using Adobe Reader’s Snapshot tool.

I imported these as images one at a time into SketchUp and used them as guides to draw the parts. I discovered in this process that either the original drawings weren’t drawn to scale or the drawing has been rescaled unevenly when it was copied at some point. For that reason, I didn’t worry about tracing the parts exactly.

If nothing else, importing these drawings into the SketchUp drawing obviated the need to switch between Reader and SketchUp. 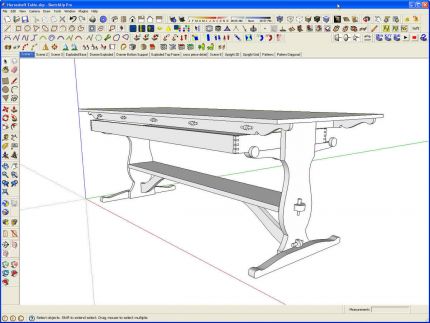 As I always do when I’m drawing, I made components of each part and copied them as needed to finish the table model. 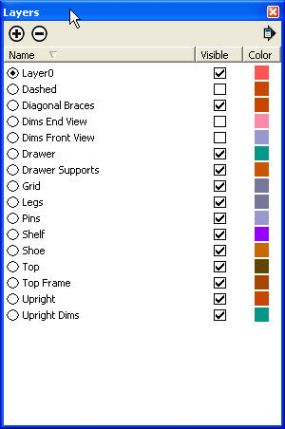 After I completed the table drawing, I made a series of layers with which I associated the various components. This makes it easy to control the visibility of various components as needed for the scenes that would come next. 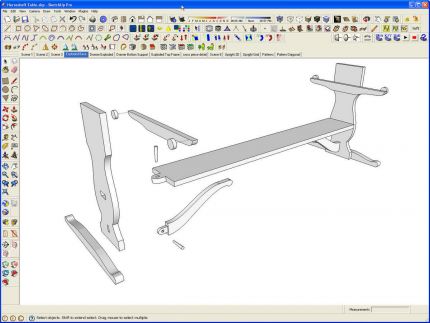 To make the exploded views for the plan, I copied the entire table model off to one side. The components in this copy could then be moved away from each other for the exploded view without modifying the original model of the table. 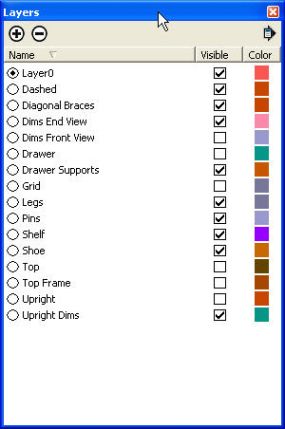 For the exploded view of the base assembly, I turned off the visibility of the unneeded components as shown above. I then created a new scene. To keep track of what is shown in each scene, I rename them in the Scenes dialog box. 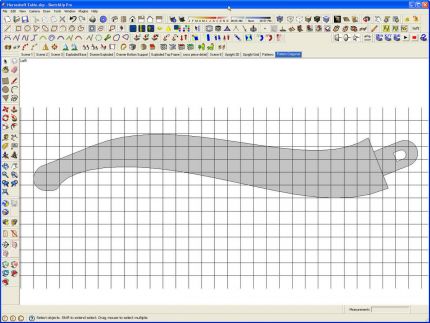 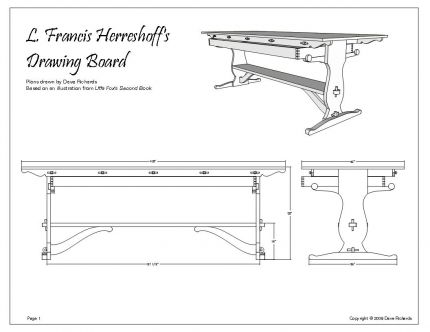 After I made most of the scenes I wanted, I sent the file to Layout 2. This is the presentation program included with the pro version of SketchUp 7. Layout makes it quite easy to create plan documents. One huge benefit to using Layout over other applications is that modifications in the SketchUp model can be updated in the plan very easily.

You could make similar plan documents using a word processor if you don’t have Layout. You’ll need to make image exports for each scene and remember to update them if you make changes in the model. 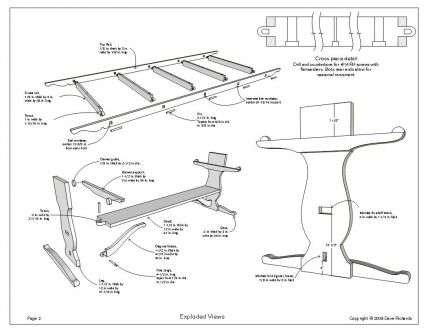 Each scene from the SketchUp file is placed in the plan document and sized to fit. Text was inserted in Layout. 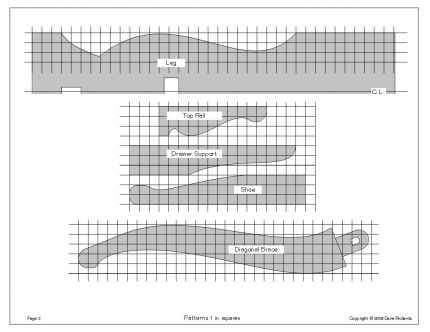 The pattern scenes were placed on a sheet and all set to the same scale. 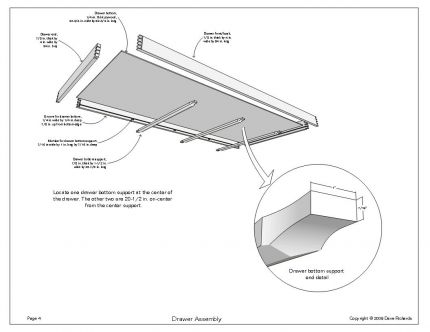 The inset for the end of the drawer bottom support was made by importing a scene from the model and then using a circle to create a clipping mask in Layout. 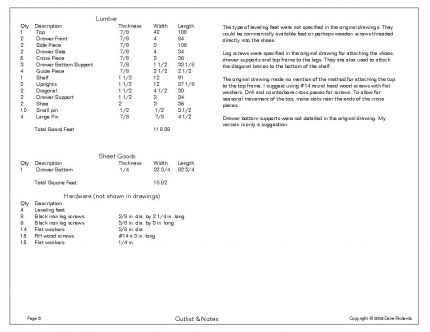 I finished up the pans by importing the cutlist made from the model and adding a few notes. After that I exported a PDF file of the pages for the plan. 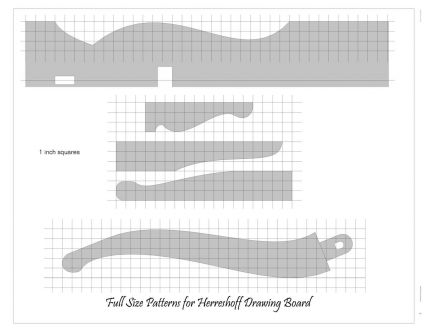 To make it easier to layout and cut the curved parts, I made a second file with full size patterns.  After saving and closing the Layout plan file, I went back to SketchUp and sent the file to a new Layout document. This one I set to use 34 in. by 44 in. paper. I inserted the three pattern scenes and scaled them to 1:1. I added a title and a note about the 1 inch squares and exported that file as well.