I have a walnut slab I bought about 15 months ago in northern Illinois and have finally begun working on it. When the bark was removed, it revealed the feast a host of critters had. To my surprise, as this is my first time working with a slab, I’ve found a handful of larvae munching away.

The attached pics show the culprit. One pic reveals what I didn’t see before, and that’s another culprit my camera caught.

There was a lengthy discussion on this topic in a 2006 post, but it mostly centered on the Powder Post Beetle.  Not sure I’m dealing with the same thing. I also have not seen any signs of it on the large supply of cherry that it was near.

Anyhow, looking for suggestions on how to deal with this, including having it become an expensive piece of firewood. 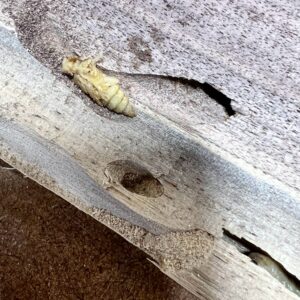 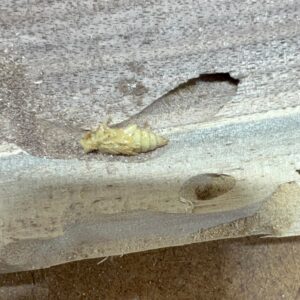