Compensating for Low Spot on Arbor 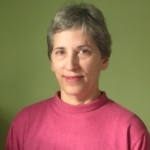 My table saw’s arbor has a gap between the “shelf” that the normal blade rides on and the beginning of the screw threads.  This gap is just wide enough for a dado chipper to “fall” into, thus cutting deeper than the rest of the dado.  (Otherwise, the arbor is uniform thickness.)

I hear that you have studied this problem.  Other than replacing the arbor, have you found a DIY solution?

It has been suggested that I shim between the fixed flange and the inside dado blade, thus putting the full dado on the screw portion of the arbor.  Would this be a safe solution?  What about just enough shim to allow the outside blade & the first chipper to bridge the gap?.