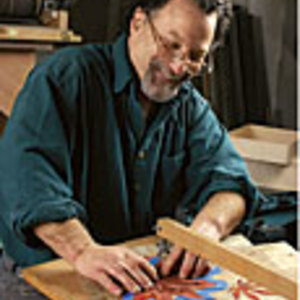 Seth Janofsky learned photography at The Cooper Union in New York City. But after a few years of photographing documents in the city’s archives, he decided to study woodworking at the College of the Redwoods in California. He now does his woodworking at the old Alameda Naval Air Station near Oakland. His shop space is a bunker-like room once used for testing aircraft engines, with foot-thick reinforced-concrete walls and an explosion-proof steel door.