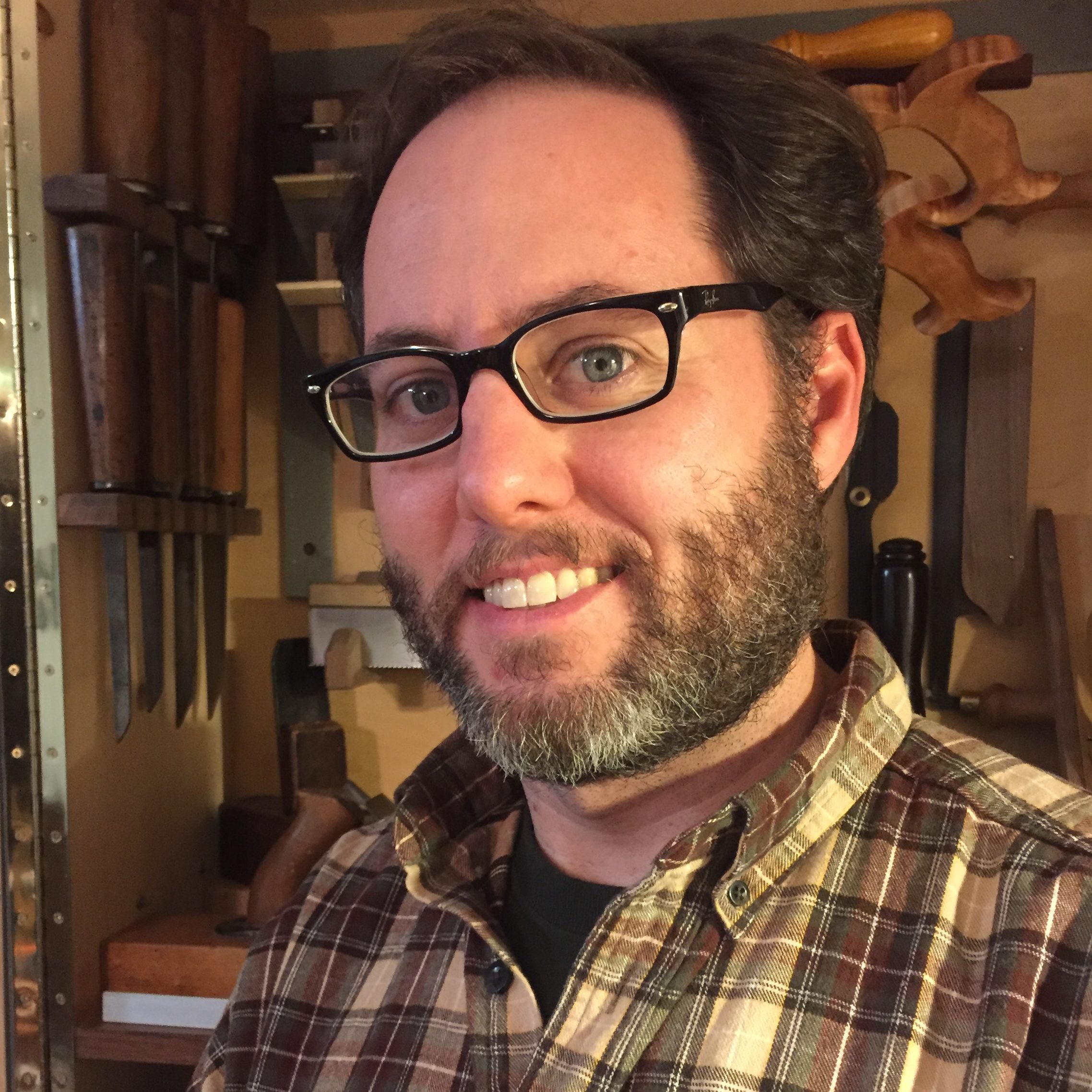 Bill Pavlak, journeyman cabinetmaker, has worked in the Anthony Hay Shop at Colonial Williamsburg since 2005. In his work he aims to gain insight into 18th century furniture and material culture by recreating pieces with period appropriate tools and techniques. He is particularly interested in continually adapting his approach to best reflect the myriad idiosyncratic approaches to design and construction that characterize the furniture of early American makers. His work can be found in the collections of Colonial Williamsburg, Monticello, and private homes.

A native of Port Washington, New York, Mr. Pavlak earned a BA in music theory and double bass performance from Connecticut College and a Master of Music in music theory from the University of North Texas College of Music. As a scholar, he specialized in the study of structure and meaning in 19th and 20th century music. In addition to building, carving, and studying furniture, Bill enjoys reading, playing the bass, playing with his young son, and collecting and listening to sound recordings – especially vinyl records.