How to Fix an Off-Center Hinge Screw Hole

I’ve occasionally misdrilled the hole for a hinge screw so that it’s just a bit out of alignment. What’s the best way to fix the mistake?

A misaligned hole won’t let the screw set properly in the hinge. It’s a common problem, but it’s easy to fix by plugging the hole and trying again. This works great for hinge screw holes with stripped threads, too. The first step is to make the plug. You don’t want to use a length of dowel. That would result in an end-grain plug, which doesn’t offer a lot of holding power for screws. Instead, use a 1⁄4-in. plug cutter on the drill press to make a long-grain plug as long as the screw hole is deep. While you’re at it, make a bunch—this probably won’t be the last time you’ll need one (I’ve made the repair more than once).

Next, enlarge the existing screw hole using a 1⁄4-in.-dia. twist bit. The bit’s pointed tip helps center it in the hole. Now glue in the plug and drill the hole in the right spot. Use a self-centering drill bit, commonly called a Vix bit. These bits have a spring-loaded sleeve with a tapered end that fits into the countersunk screw hole in the hinge, allowing you to drill a perfectly centered hole. 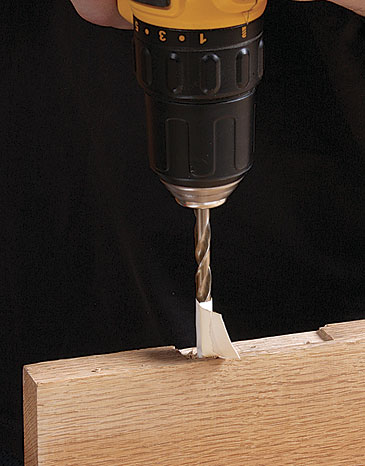 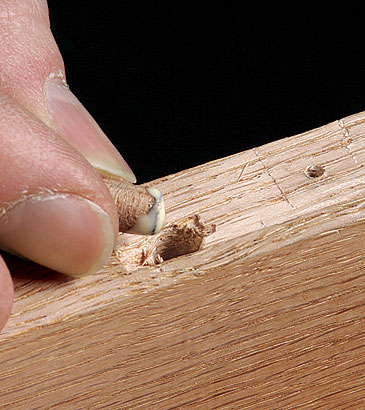 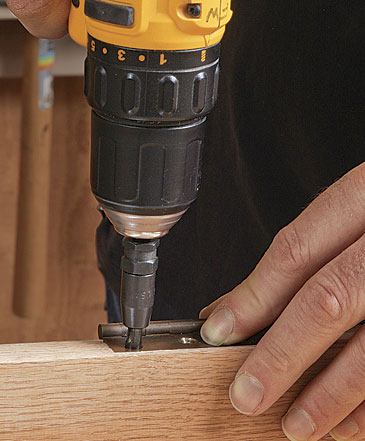 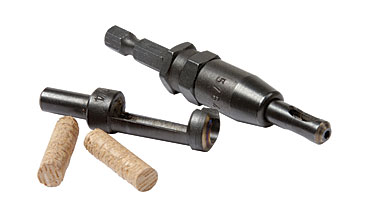