I’ve written in the past about the very handy CutList and Materials plugin. The author has been busy during his southern hemisphere winter making some modifications and additions. Today he announced the release of version 4.1.1.

Most of the changes are under the hood to speed things up and improve printing. He’s also added an option to sort the cutlist by sub-assembly. A sub-assembly is a nested component one level up from the lowest level of components. The layout section also handles saw kerfs now which was commonly requested option.

Here are a couple of shots of the interface. 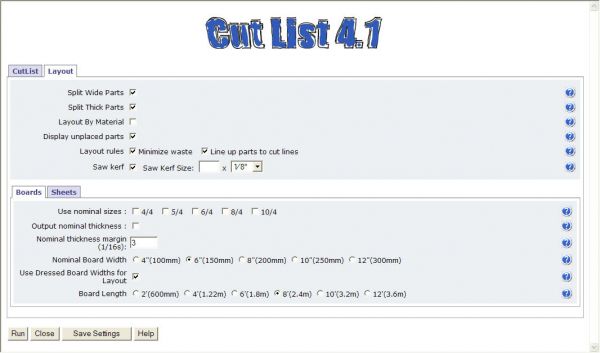 I’ll do an in depth blog post about using this very handy tool in my next blog post. In the mean time you can download the new version from this link. If you have the previous version already, remove all of it from your Plugins directory. There should be a folder called cutlistui and a file called CutlistAndMaterials.rb. The new version uses an entirely new structure and so the old won’t be overwritten by the new.