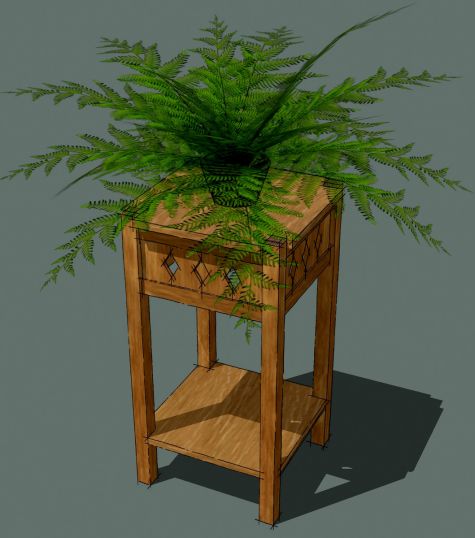 There are a lot of ways to draw things in SketchUp. Some folks like to draw the parts for a project in separate SketchUp files and then import each of them and assemble them as a model. Others prefer to draw all the parts in the same drawing window but laid out separately. then they move all the parts together.

If I need to submit the design to a client for approval, it would be at this stage. There’s little point in drawing in the joinery if the client can’t see it. Also, if the piece needs to be modified, it is much easier to do if the joinery isn’t there. Only after the design is finalized would I go back and draw in the joinery. Some of those details might not be needed but if as in the case of tenons, the joinery affects the overall dimensions of the parts, I would add them in so that the parts are properly dimensioned in the cut list.