I reveneeryed the top and side of a dresser a while back,out in my unseated barn/ shop I brought it in the house when finished and it soon wrinkled all to crap,I used heat glued veneer.I have never done veneer before  so it’s probably a mistake of ignorance!
My idea is ,possibly being outside in an unheated shop the dresser  absorbed moisture all over and when I applied the veneer with heat it was dry from the heat and when I brought the dresser in ,the original parts dried and shrunk while the veneer may have stayed the same or maybe even absorbed a bit of moisture and got larger and he veneer gave in huge wrinkles.Does this sound like a likely scenario to those with veneer experience?
I’ve gotten over it now and would like to have a go at it this time doing in the house after the new veneer acclimatized a couple weeks.the veneer was not quite the right grain any way and I would like to make the dresser beautiful again it has a “lyre” type mirror  support frame which may not be the exact term for it. But appears to be white oak quite old.
I would appreciate any help from anyone to help. 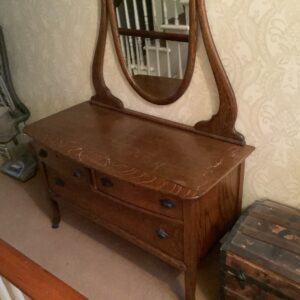 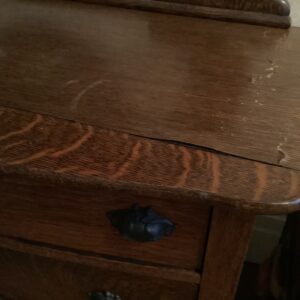 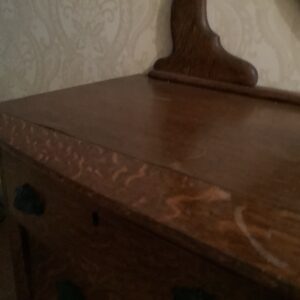 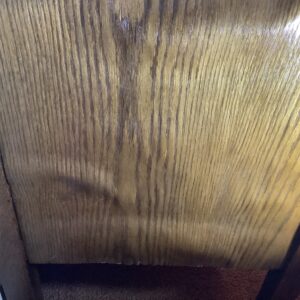