I’ve just acquired a Stanley 78 that’s complete and appears to be in pretty decent shape.  There is, however, what appears to be some rust and/or pitting on both the front and rear bed ramps  at the bottom of the bed immediately behind the respective mouths.

The front is the worst as you hopefully can see on the first two pictures below.  And, on the front, there’s a pretty noticeable “burr” as if the side of the bed has been flattened but the burr hasn’t been removed.  That burr’s a bit rusty/pitted as well.

The rear pitting isn’t nearly as bad, and the “burr,” while still there, is only noticeable by running my finger across it.  The 3rd pic is the rear mouth from the side.

I don’t want to mess this all up and make it worse.  My fear, of course, is messing up the throat.  There is next to no rust on the remainder of the body, cap, fences, etc.

Sandpaper?
Emery cloth?
(Cheap) diamond files?  IIRC, I’ve got up to 300#
I’ve also got some ignition files I might try.
Soak and then a scrubbing with either of the above?

I’ve done a bit of rust removal in the past, mostly with steel wool and WD40.  But the limited soaking I’ve done has been with vinegar.  I’m willing to try Coke, Evaporust or even just machine oil at this stage.  I don’t want to “overdo” it.

Any and all thoughts/comments appreciated. 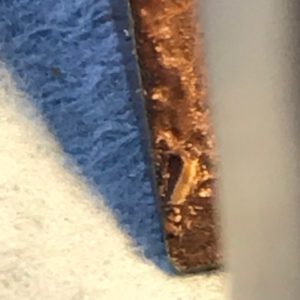 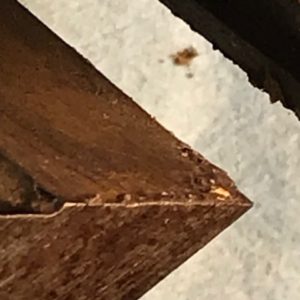 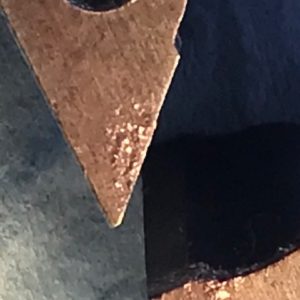