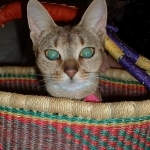 Hi, I’m going to be finishing an exterior door that will look old so my clear coat doesn’t have to be completely clear.

It can be slightly amber. I would like a high quality semi-gloss clear coat for my front door.

It does not get rain or dirrect sun on it. I will be brushing it on if that matters. Any recomendations?