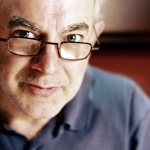 I was about to purchase a Powermatic 15HH planer during the Black Friday sales when I realized that the power requirements for the tool are all over the place. Some sites state that a dedicated 240v 20amp with no extension is fine. I called Powermatic (its strange but they don’t mention anything in their webpage or PDF of the manual). Powermatic Tech dept started to tell me that the unit used 18amps at run but needed at 40amp 240line at peak for start. a 240v 40amp line requires at least #10 gauge wires in the wall which many shops down have and this sounds like over kill. I looked on Amazon and some people said a 20amp dedicated line was fine, others said 30 amp was needed.

I contacted Grizzly because their unit looks identical (i do believe that the PM is USA made and I know the Grizzly with helical head is made in China) and has a 3HP 230v motor with the same magnetic switch and transmission. Grizzly said as long as I didn’t use an extension cord 20am dedicated 240v was fine.

I have a great Grizzly 2HP 230 bandsaw on a 230 and even resawing 12/4 Walnut it never bogs down and trips, and I have a decent sized space heater for my shop and that also runs on 230v 20 amp and never trips a circuit breaker.

Could some of you on the forum who own the PM 15HH or similar helical head Jet or Grizzly let me know what type of power you use.