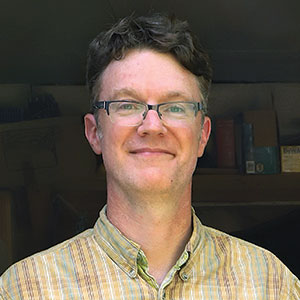 Mark Gardner was introduced to woodworking in his teens by his father. After earning a degree in theater design and production, Mark worked in theater for several years. But a two-week woodturning workshop he took with John Jordan just after graduation had lit a fire that couldn’t be quenched. “That class just propelled me. I worked from 8 in the morning until midnight every day; I couldn’t get enough.” The lathe soon overtook the theater. In 2000 Mark traveled to the small North Carolina town of Saluda to help turner and sculptor Stoney Lamar prepare for a show. He expected to stay six weeks, but while there Mark met his future wife, Nancy. Saluda became home, and he’s been there for 20 years.