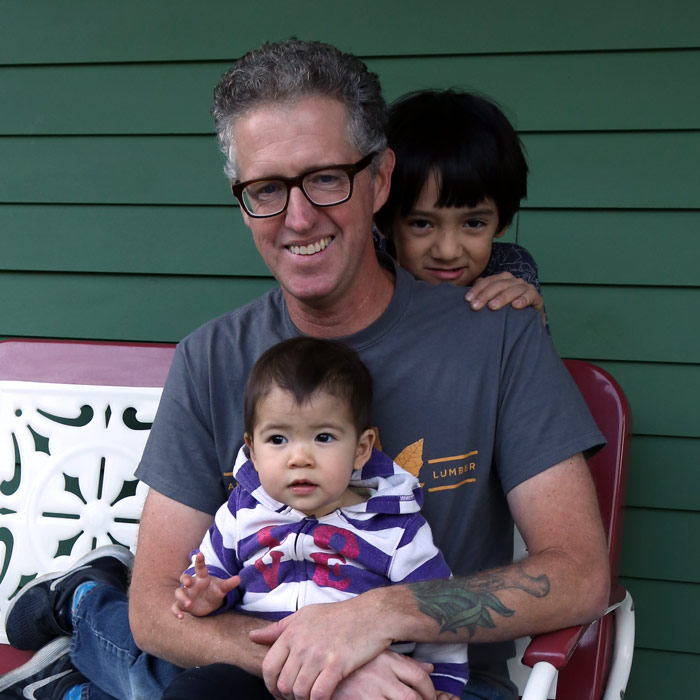 David Johnson learned the value of working with his hands early in life. His father was a Chevy mechanic, and farming was his hobby, so young David spent his early years climbing walnut trees and building forts and chicken coops with his father in rural Tulare, Calif. Johnson graduated from The College of the Redwoods Fine Woodworking Program (now The Krenov School) in 1997, studying under James Krenov. Using the definitive book on the subject, The Caner’s Handbook by Jim Widess and Bruce W. Miller, Johnson taught himself to weave seats, and then later worked for Widess at The Caning Shop in Berkeley. That experience paved the way for where he is now, specializing in the conservation of Danish Modern chairs with woven seats from his home shop in Los Angeles. He also produces original work and teaches weaving.