Synopsis: Influenced in part by Adirondack chairs, this outdoor chair can be made with scrap from other projects, as none of the pieces is more than 32 in. long. Beefy mortise-and-tenon joinery, epoxy with microfiber added for strength, and stainless-still screws as a joinery backup combine to make it a chair that will last decades. The seat and back slats are tapered, and a jig makes easy work of the angled mortise-and-tenons.

In 1984 I built a gazebo from green white oak. I had a 3-by-4-ft. stone slab table for it, but I needed some comfortable chairs that would do well outdoors. I came up with this design, influenced in part by Adirondack chairs, and used scrap oak from the gazebo, knots and all, to make a set of them. Thirty-seven years later, with zero maintenance and never having been stored indoors, one of those original chairs is still in use.

Since then I’ve built sets in various woods. Because no part longer than 32 in. is needed to build these chairs, cutoffs are a good source of wood. The ­Honduran mahogany I’m using for a current run of them is all cutoffs from another project.

Taper the slats and legs

I start by getting all the tapering behind me. I use four simple jigs to taper the seat slats, back slats, front legs, and back legs. 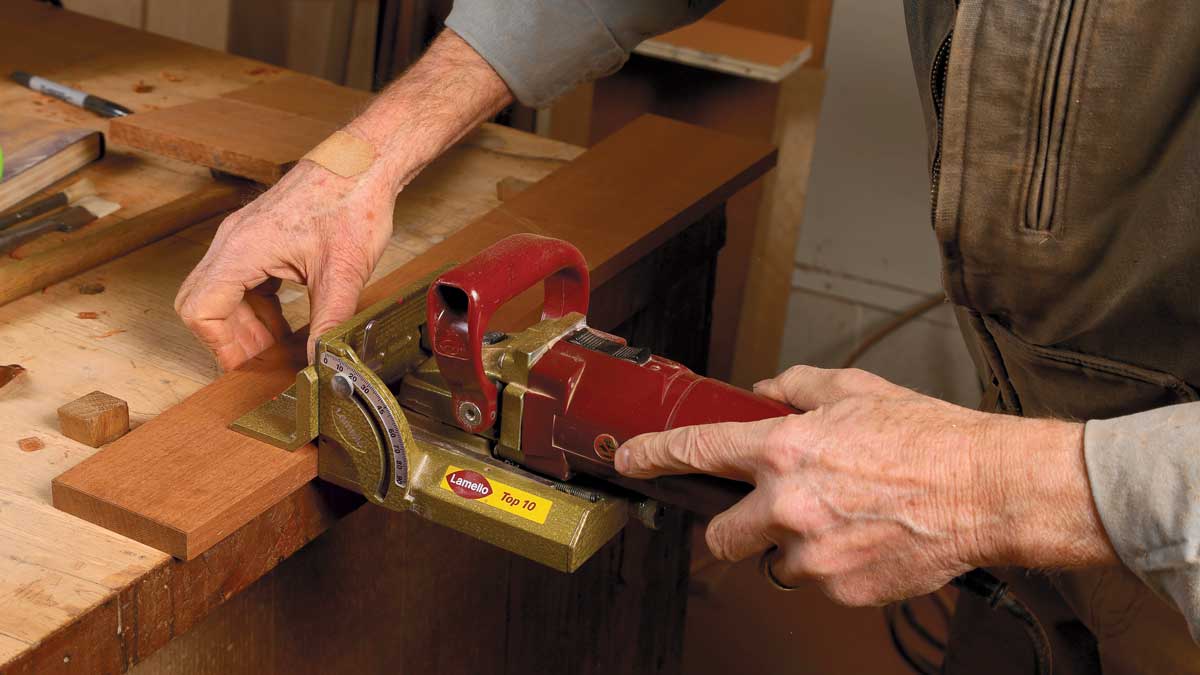 Start by cutting the pieces to the basic width and length, with the ends square. Joint one long edge, set it into the jig, tape it in place, and then rip the taper. The tapered front and back legs are cut in the same manner with similar jigs.

Seat slat and back slat biscuits

Once the seat and back slats are tapered, you can start getting them ready to assemble. The first step is to cut the biscuit joints. I use #20 biscuits here but I cut the slots for them at a #10 setting. Doing so creates a consistent gap between the slats. I fine tune the #10 depth-of-cut setting to produce 1⁄16-in. gaps. The biscuits keep the slats aligned while also letting the slats flex in unison when you sit back in the chair. 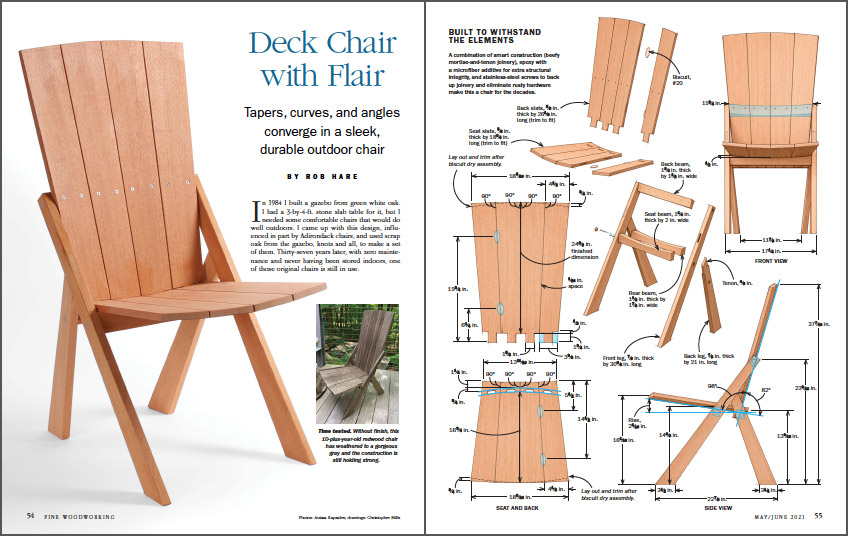 While it might be old news for some of you, it’s finally starting to feel like spring here in Connecticut.

The right product and good techniques will keep your outdoor projects from falling apart.

We sent five types around the country and found one favorite