If you are a woodworker looking to improve your skills, Mike Farrington suggests that you intersperse some small projects into your work.

I recently made a small box with a kumiko panel in the lid. I used a pattern known as Kasane Rindo. Don’t hold me to this, because I’m prone to changing my mind on a whim, but this is my favorite pattern. I think it looks good as a single unit or in a large formation of many. I’ve had this idea in the back of my head for quite some time. I wanted to make a six-sided box using this pattern in the lid. So leading into the holidays as my business slowed, I found some time to build this box. 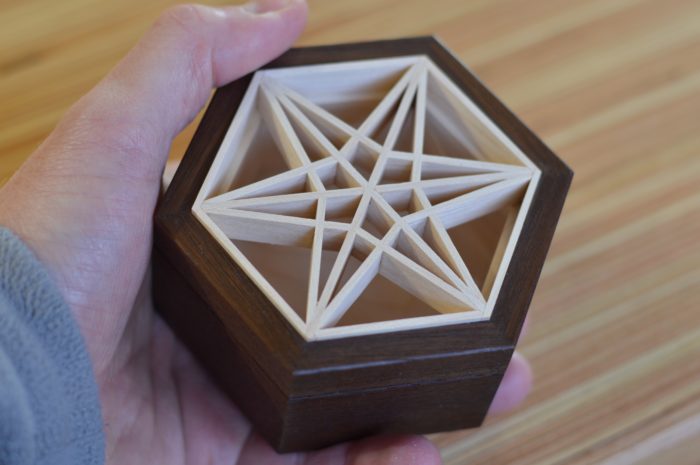 If you are a woodworker looking to improve your skills, as we all are, I strongly suggest you intersperse some small projects into your work. They are a great place to learn new skills and hone old ones. They’re low stress and perfect for experimentation.

For example, if you want to learn to cut dovetails, try building a small dovetailed box first, instead of a 12-drawer chest with hundreds of dovetails. I find that when learning a new skill, small victories really help keep enthusiasm high. This in turn brings me back for more. Same goes for improving old skills. While building this box I wanted to hone my skills at the shooting board. I wanted to be able to create six joints (12 bevel cuts) that all fit together with zero gaps. This box, with its six small joints, was a great place to slow down and focus on perfecting each step until the end result was just where I wanted to be. A few months from now I will apply these same skills on a larger scale while building a piece of furniture I have in the queue. It’s a large cabinet that will have bevel joints at the corners. I will feel confident going into this build after having had a good experience with the small project first.

Along these same lines, author and wizardly woodworker Matt Kenney came up with the grand idea to build 52 boxes in 52 weeks. My first reaction to this idea was that is was a wild idea, probably hatched from an evening of too many libations. After thinking more and listening to Matt talk about his reasoning and what he hoped to achieve via this undertaking, I realized something very important. He had come up with an idea, a plan really, to help him learn something. He wanted to work on his design aesthetic as well as his very high level box-making skills. I’m sure he learned many more things along the way but the larger point is he set a specific course for learning and he did it by making a bunch of small projects. 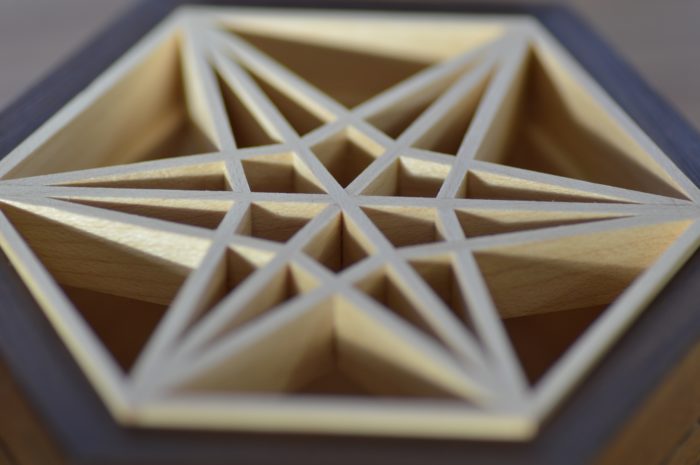 My motivation for making this kumiko box is the same as Matt’s, except 1/52 the size, in that I came up with a project that forced me to focus on a specific skill. Now I could have just cranked out a bunch of test pieces, but that’s not nearly as fun, plus it’s great to have a small project to sell or give to a friend.

If you’d like to see me build this Kumiko box, have a look at the link below. I use my tablesaw technique to cut the three-way lap joints for the kumiko panel, which also happens to be a Fine Woodworking article (issue 274).