Something skilled, beautiful, useful and lasting… 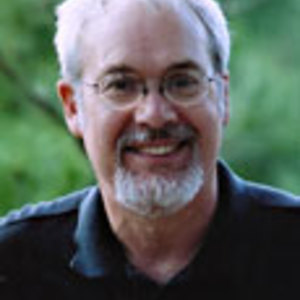 Jamie Oliver, in his food revolution, suggested that no student should graduate from American high schools without knowing how to prepare 10 healthy recipes. Given the state of American education, there’s not much chance of that standard being put in effect. My own proposal is only slightly less ambitious in that I propose that every student graduating from American schools have the opportunity to make something beautiful, useful, and lasting that expresses skill.

As we can see, and as has been widely reported, students have been poorly prepared for engineering and the sciences and we have failed to see the connections between the sciences, math, engineering, CRAFTS, the development of skill, character and intelligence. But you can’t successfully whittle a stick without being able to form a rudimentary hypothesis. How does the grain run through this piece of wood? What is the best angle for the blade to cut? There are powers of observation required in the making of things just as there are in laboratory science, and in the making of real things, we prepare ourselves for more abstract learning.

And so what shall we make? Naturally, I would propose wooden boxes. They can be made with little investment in materials. They can be made with simple hand tools. They take far less space to store than the gun cabinets that so many high school shop students aspire to make and that are left unfinished at the end of the school year. You can learn any sort of woodworking technique in the making of a wooden box. And you can develop real skills beyond those of manipulating data on keyboards and computer screens.

So this is an ambitious project, right? How do we get started? This summer I was teaching a class to adults on box making and two students expressed an interest in hand-cut dovetails. One was using a Veritas dovetail saw, and the other my dozuki, and the second student was having trouble. I had been trying to figure out how to give my students at Clear Spring School the experience of cutting dovetail joints. The saws at the school were too coarse in their cut. My dozuki saw is too delicate to trust to untrained hands, and when my second adult student kept having trouble, I asked student number one to loan him his Veritas dovetail saw. It cut quickly, but most importantly, it made a difference. Maybe it was just the failure leading up to that point that led to his success, but the change in saw and with a different grip, student number two achieved his first hand cut dovetails likity-split. And that gave certainty to an idea that was swirling in my head. Hand cut dovetailed wooden boxes, grades 7-12 at the Clear Spring School.

We are well underway in our project. First each student learned how to sharpen chisels. Each chisel was new and required being honed on the back as well as on the cutting edge. Armed with new 20 tpi Veritas dovetail saws each student 7-12 is practicing cutting dovetails. When they are successful with one joint, I ask them to practice another. When they meet more certain success, they will be given the material to form 4 sides of a box. I’ve had a couple grumblers. “I don’t like this.” It’s what they say when they feel it is a bit beyond their confidence and skill. I encourage them to try again. Real self esteem doesn’t come from doing easy things, but from facing difficulties and failure and trying again. I ask my students, “Do you want me to only give you easy things to do?” “NO!” They insist vehemently. They know that the hard things they do are the things that give them the most satisfaction and lasting value. Success in doing the difficult things builds the sense of pleasure in the work that most of us feel when we’ve had the opportunity to spend time in our woodshops making real things.

I can guarantee that we won’t all come out with perfect boxes. But we will each grow in skill. Otto Salomon, co-developer of Educational Sloyd said, “Many, perhaps most, people never get an opportunity to do dovetailing, but every human being, man or woman, may acquire from it the habit of doing well whatever he/she is called upon to do.”

Oops? Things in the woodshop don't always work out as we would like? "Is this time for plan B? Or should I start over?"

Concentration pays in more ways than one.

A simple starting point for hand cut dovetails. More complex joints can come when the skill is mastered.