Build a simple fort with your kids 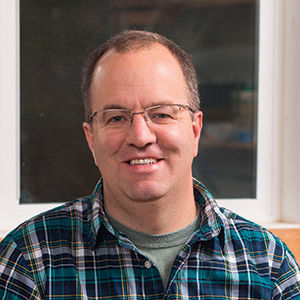 We have a fair amount of woods around our yard, and my two kids have tried to build a “fort” in there a few times, always giving up after tying a few sticks were tied together, or making a few short snow walls I finally pitched in this year to make a more permanent version, after I had a brainstorm on how to do it quickly and easily. I haven’t seen anyone build a fort this way.

All you need is some strong synthetic twine, four strong trees that form a square, and a lot of saplings you’d like to clear. You’ll need at least 100 of them, so I realize this won’t work for everyone. But you’ll be surprised how many there are once you start clearing them. And the tallest ones will yield two separate, straight sticks.

In our case we wanted to clear the saplings, since they had sprung up in a part of our yard that was once clear and were hiding a nice view of the woods and two old stone walls, so we killed two birds with one stone, cutting the saplings (and clearing brush) and building the fort all at once.

Cutting and trimming the saplings is the hard work. The fort itself is shockingly easy. You just run strings around the trees at four levels, and weave the saplings between them. I sawed down the saplings, my wife cleared the brush, and my kids helped to de-branch the saplings, tote them up to the fort area, and weave them into the strings. They complained of course, when the work got sweaty and tough, but they were proud each time we finished another wall.

I bought two beach chairs this weekend on clearance, and we spent an hour up there reading today in the cool fall breeze. Our cats like it too.

We haven’t yet put on a roof, but here is how I would do it. I’ll use a jigsaw to cut all the stiicks to one length at the top, and throw a tarp over it to form a roof. I’ll put the tarp diaganonally, with a corner hanging over each wall with some kind of weight hanging off it, and a stick on the middle of the fort, holding up the center of the tarp so it sheds rain.

The fort is nothing more than strings and saplings. It isn't weatherproof, but it does break the wind and has the feeling of a hideaway. If you look closely, you'll see one of our cats in there. The door is just a blanket hung on a string with a few binder clips.

I like the rustic look, at home in the woods.

I started by winding string around all the trees at four levels. Each time I reached a tree, I wrapped the string around once or twice to anchor it before continuing to the next tree. Then the sticks just tighten the string as you weave them in.