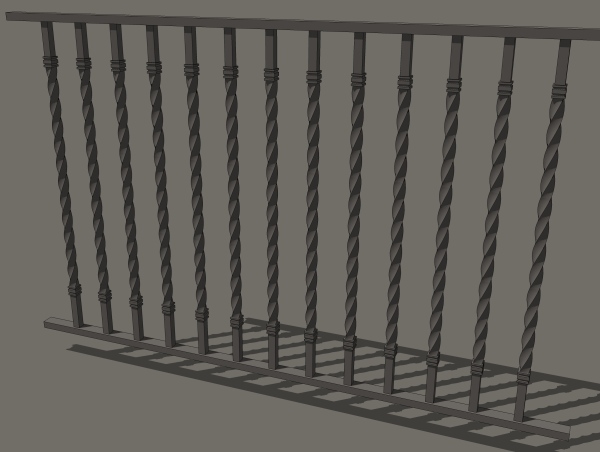 This afternoon a friend asked me if I had a good way to draw twisted iron spindles similar to the one on the left in the photograph. I hadn’t really thought about drawing an iron railing before but I realized that drawing these twisted spindles could utilize a method similar to the finials I drew a little while back.

Three plugins will help to make quick work of this. They are DrawHelix 1.4, Weld and Extrude Edges by Rails. I’m also going to divide the spindle into smaller components to keep the file size down. I think this is important since in a typical model, the spindle would only be a small part of the entire thing.

In this example I am creating a spindle that is 3/4 inches square. 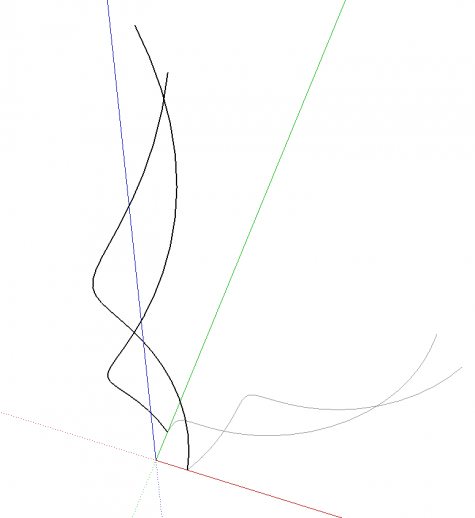 The first step is to create the helixes for the twist. I activated DrawHelix from the Draw menu. The plugin asks for start and end radii, pitch and the number of turns. I calculated the radius by multiplying 3/4 by 0.707. I set Pitch to 8 inches and set the number of turns to 1. The helix is drawn as a group centered on the origin and starting on the red axis. Next I rotate/copied it through 90°. 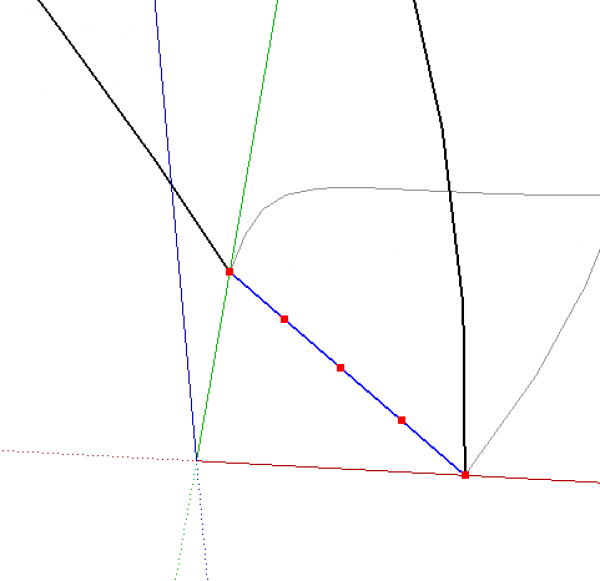 Next, with the Line tool, I drew a line between the bottom ends of the two helixes. I then divided the line into four segments and immediately after, I welded the segments together. Although the line will look the same as before this divide and weld step is required for the Extruded Edges by Rails step coming up. I chose to divide the line into four but it could have been 2 or more. The more segments you choose, the smoother the twist will be but that comes at the cost of a larger file size.

The helix groups were exploded and then the entire model was scaled up by a factor of 100. I drew a 1 inch long line off to the side a bit and measured that with the Tape Measure tool. I typed 100, hit Enter and clicked on Yes. Later, when it is time to scale back down, I just repeat the process but type 1.

Now it is time to start the extrusion. Activate Extrude Edges by Rails from the toolbar. The plugin directs you to first select the profile, then the first rail followed by the second rail and finally it asks for a melding profile. The line at the bottom is the profile. After it is selected it shows in cyan. The helixes are the rails and show in two shades of magenta after they are selected. For this profile, we’ll click on the profile line for the melding profile. 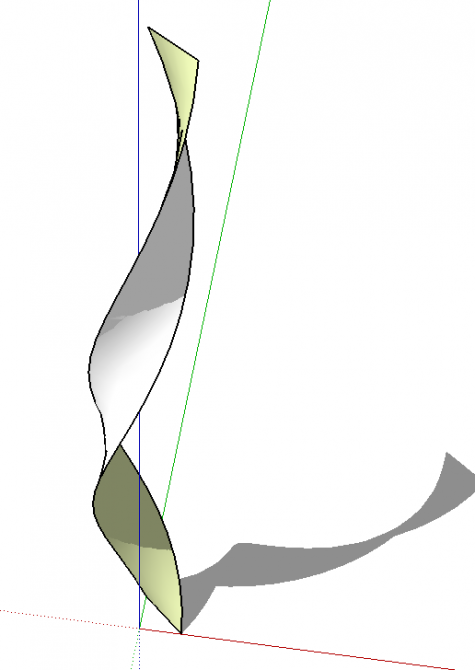 Scale the model back down at this point. Then explode the group and make it a component. Doing this after scaling back down ensures that the component definition is set at the correct size.

Rotate/copy the component 90° and make three copies to complete the four-sided twist. We now have a twisted square section that is 8 inches long.

Make a Move copy the four sides up 8 inches and make two additional copies. Now we have a 24 inch long twist with three turns. The spindles overall length is to be 34 inches so I moved the twist components up 5 inches.

For the ends of the spindle I drew a square across the end of the twisted portion. Then I made a 1/8 inch Offset to the outside. 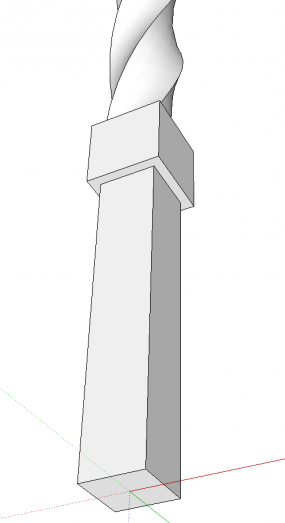 I used Push/Pull to pull the outside down 1 inch and the center down 5″. 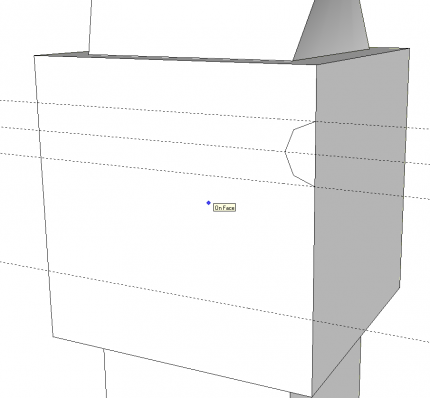 To create the grooves around the square block I drew an arc to create a profile for Follow Me. Note the arc only has 4 side instead of the default 12. the grooves are very tiny details and don’t need a lot of segments to read correctly in the drawing. Reducing the segment count here helpd to keep file size down. 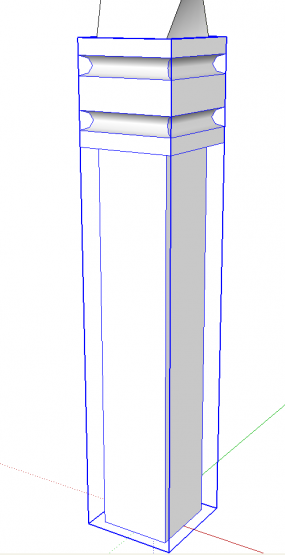 The arc is copied down for the second groove. Follow Me is run around the block to create both grooves and the spindle end is made into a component. 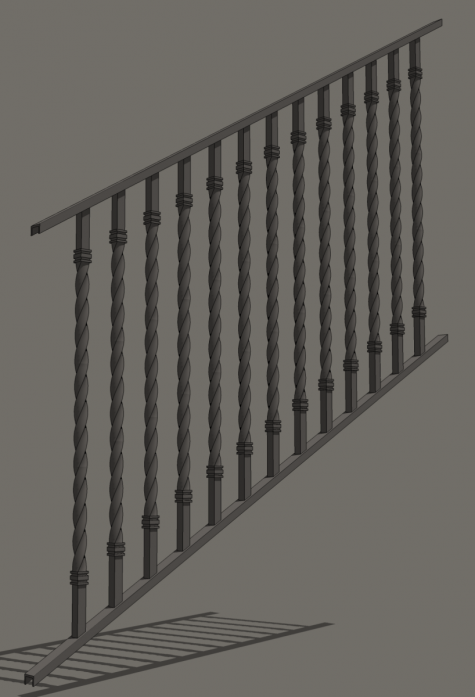 The spindle component drawn as I have done here makes a component that is only about 47 Kb. If it were drawn without using components for sub-assemblies, it saves out at over 450 Kb. By itself that’s not all that large but when combined with other parts in a larger model, the total file size could get to be quite large. A component of less than 50 Kb will have miniimal effect on the overall file size.