Ah yes, the internet, the place that gives us such a variety of information. From research to conjecture to just plain silly (spalted wood will kill us all!), if you search long enough, you can find just about anything. Something that has caught my eye recently is the number of ‘recipes’ that exist for spalting wood. There is obviously some interest in this subject, so lets break it down with a little science.

Beer – its not just for drinking!

Apparently, some feel this beverage is perhaps better suited for spalting. Most sites seem to be in agreement that the beer must be poured over the wood, although I did find one that suggested drinking the beer, then urinating on the wood. While pouring the beer over the wood certainly won’t hurt anything, its not really doing anything either (except costing you money, and wasting your beer). There’s nothing special about the sugars in beer, and the wood, and this is important now, doesn’t need anything added to it. If you take a look around, nature does just fine decaying wood without a handy helper.

But wait! Doesn’t it speed the spalting process? The answer is, sadly, probably not. Pigment fungi are the fungi that use the surface sugars as their dietary basis, but then, so too do the molds. You’re just as likely to encourage some dangerous mold fungi as the pigment fungi and really, its not going to speed things up nearly as much as just keeping the wood in a warm room.

In fact, pouring anything sugary over the wood has the possibility of causing a longer spalting incubation time. Stay with me here. White rot fungi, the fungi that cause bleaching and zone lines, cause that bleaching by removing lignin (part of the ‘structure’ of wood). Lignin is slightly pigmented, so its digestion lightens the wood. White-rot fungi aren’t going to go after the hard food (lignin) if there is tons of easy food (sugar) around. Hence, until all that sugar is used up, you’re not going to get lignin digestion, and therefore, not going to get bleaching.

Beer conclusion: drink it yourself, the fungi don’t need it 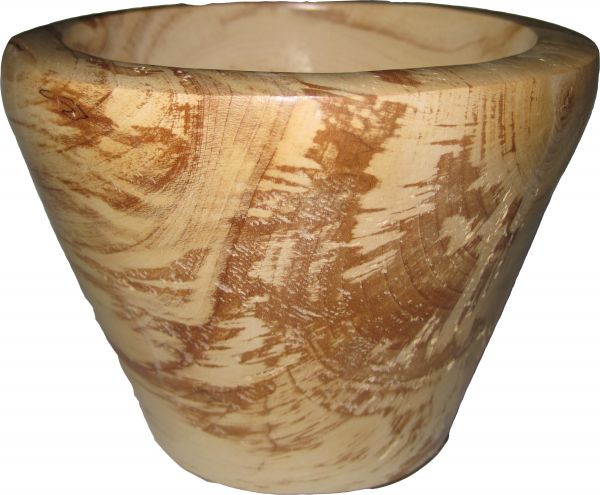 sugars do not help bleaching

Peeing on wood (with or without drinking beer beforehand)

Of all the recipes out there, this one has the best chance of working. Unfortunately, its kind of stinky. Urine contains a lot of nitrogen (urea), which is often a limiting growth requirement for fungi (fungi may have to stop growing because they can’t get enough nitrogen, or at least, this is what my biochemistry class taught me). So, pee is good for fungal growth. Unfortunately, spalting isn’t really about fungal growth, its about pigmentation and antagonism. So increasing growth and decay isn’t really an objective. Now, if someone could come up with a compound that stimulated pigments, we’d be set.

Peeing conclusion – take it or leave it. I’m not convinced. Also, I don’t really want to pee on my wood. Call me crazy.

Nutrient and Sugar Mixtures – beer and pee under other names

It seems like almost everyone likes to use some sort of sugar/nutrient/nitrogen mixture on their spalted wood. Since I’ve already talked about most of this, I won’t repeat myself except to remind you that the things that the fungi need are already in the wood! If they weren’t, well, wood-decay fungi would have a pretty hard life. Also remember, you’re not trying to stimulate growth, so adding things that stimulate the growth of a fungus is pointless at best, and highly destructive at worst (punky wood is hard to turn).

This method is doing two things, neither of which is stimulating anything. First, adding wood shavings and/or soil helps keep a high moisture content in the wood, which the fungi need to grow. Second, adding one or both of these introduces extra fungal spores, which may or may not be spalting fungi. So, no stimulation, but they are helping.

Shavings / soil conclusion: helpful for spalting, but not for the reasons most people think 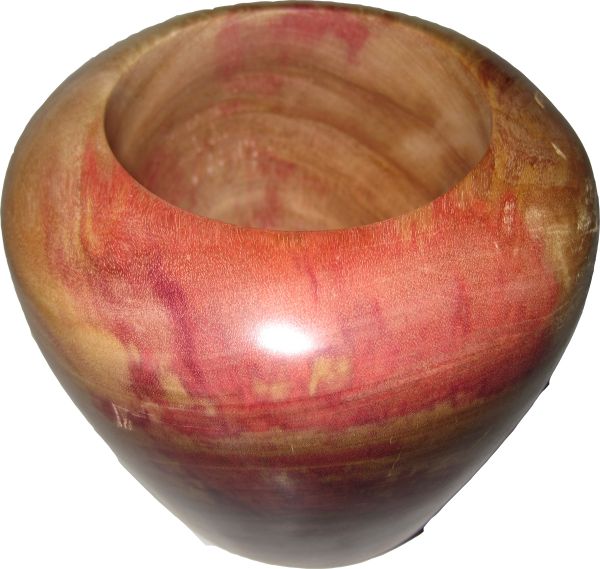 So, is there any way to speed up spalting?

How to really hurry the spalting process:

This white rot took one summer, outside, in a wood pile.  No nutrients, no beer, no soil.  Just nature.

This pink stain took 2 months in a plastic tub with nothing added, not even vermiculite.