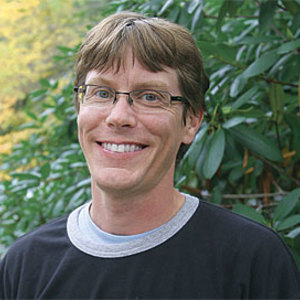 In case you haven’t heard, The New Yankee Workshop is closing its doors to TV cameras and producers after 20 years, but the star of the show, Norm Abram says he sees himself making furniture and doing carpentry for the rest of his life.

This past Saturday, I attended a brunch where the master carpenter, in his typical self-deprecating style, talked about woodworking, his life, and the unlikely turn of events that made him a star (see video below). He was at the Old Sturbridge village in Sturbridge, Mass, dedicating a new exhibit focusing on furniture made in inland Massachusetts. Like the New Yankee, the furniture makers whose work is featured in the exhibit wore many hats, often working as farmers, carpenters and mechanics during the Summer. The museums’ collection was the inspiration for a number of New Yankee projects. Norm is on the Board of Trustees and offered up a piece he made on the show from his own collection for a fundraiser benefiting the museum.

I had my point-and-shoot camera on hand to snap this quick video of Norm’s brunch presentation.

Norm talks the future
Of course the obvious question is, Why give up on a highly-rated show that continues to inspire woodworkers of all abilities in nearly every part of the globe? Norm didn’t come right out and say it, but after 20 years of making furniture for The New Yankee Workshop and 30 years of doing carpentry on This Old House, Norm gave the impression he simply wants to work a little less and instead focus on his own projects. He made mention of building a home workshop, that may or may not become a television series. He thought he’d like to build a green home. And he plans to continue his involvement with Old Sturbridge Village, hopefully inspiring young people to take a greater interest in history.

Impressed by the outpouring of support for Norm on the Fine Woodworking website, Sue Roman, President of Taunton Inc. thought we should give Norm a keepsake with some of the kind words written by his fans.

Old Sturbridge Village's collection of furniture has provided the inspiration for several New Yankee projects. Norm donated this piece from his own personal collection to the museum for a fundraiser. Norm said it was his first piece to use a traditional milk paint finish.

Like Norm, the woodworkers of the early 19th century had many hats to wear. With a less-affluent population than their coastal counterparts, these woodworkers were often farmers and carpenters during the Summer. I like how this cabinetmaker's advertisement made mention of trading services for fresh food.