We cover all 5 varieties, and uncover a few bargains

Synopsis: Mahogany is one of the finest furniture woods, but before you go out and buy it, there’s a lot you need to know. Learn the difference between Cuban mahogany, the Honduras variety, and the African woods. Find out which one is appropriate for your next project. 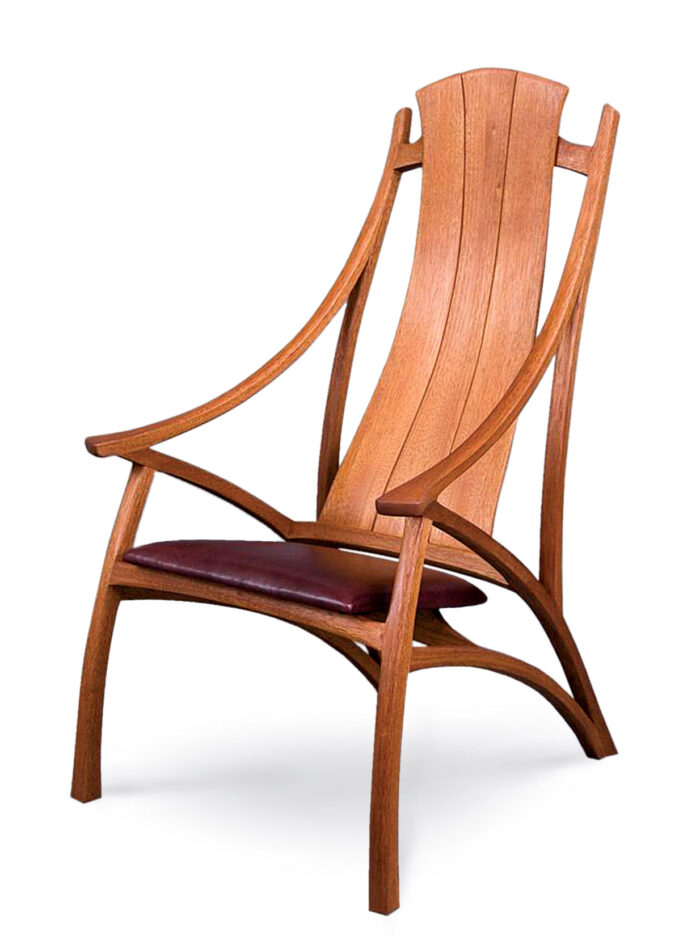 Mahogany is one of the finest furniture woods. Tremendously stable, it has beautiful grain and figure, and ages to a lovely, warm brown. Its diffuse pores give it a consistent density that makes it easy to work and exceptional for carving. It is the wood of choice for classic styles such as Chippendale and Federal. But makers of more modern furniture would be unwise to ignore mahogany’s qualities.

Before you head out to the lumberyard to buy mahogany, you should be aware of a few things. Many species are sold as mahogany. Some are no more mahogany than poplar. Cuban is the original mahogany, and Honduras is closely related to it. Khaya, sapele, and sipo, which all grow in Africa, are kin to Cuban and Honduras mahogany, but distant kin. Each is strong, though not perfect, substitute. Woods like Philippine mahogany and Santos mahogany aren’t mahoganies at all. Although they might be similar in color or grain, they don’t offer the same overall quality of workability, beauty, and finishing.

Second, mahogany can be quite expensive. Cuban mahogany costs at least $20 per board foot, and Honduras mahogany around $10 per board foot. However, you can buy the three African woods for $6 to $7 per board foot. For a period of reproduction where authenticity is critical, there is no substitute for Cuban or Honduras mahogany. But if you’re making a contemporary chest of drawers and want a stellar figure for the drawer fronts, sapele is the way to go. To help you choose, I’ve put together a profile for each that covers price, looks, workability, and other key factors. Also, if possible, go to the lumberyard to pick your boards. Grain, figure, color, and density can vary widely within the same species. If buying over the phone or Internet, ask to see pictures before you buy. 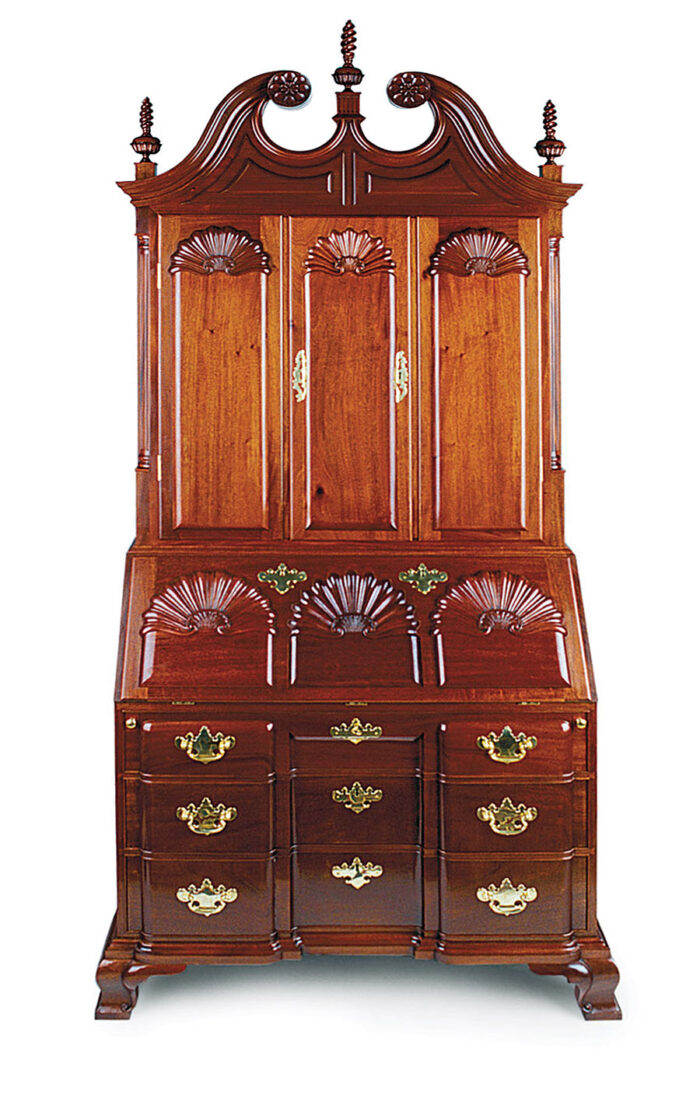 Cuban mahogany is the finest of the mahoganies, perhaps even the finest of all furniture woods. Its density, grain, and texture make it perfect for handwork. Working Cuban mahogany is almost like working a cold stick of butter. It’s especially good for carving because it works so easily and has fine pores that allow it to hold very fine and crisp detail. It also takes an excellent finish.

This wood was praised by furniture makers during the 18th and 19th centuries. If you’re making a reproduction of a Chippendale, Sheraton, Hepplewhite, or Federal piece and you want it to be as much like the original as possible, then clean out your wallet and spring for Cuban mahogany. It would also be great for any piece that is heavily carved. Otherwise, I’d leave it alone. It’s too pricey for a coffee table, and there are better choices for contemporary furniture.

Cuban is expensive because the supply is limited. It has been commercially extinct since the early 20th century. It is also no longer exported from any of the Caribbean islands where it grows. Salvaged trees are milled in Florida, and there are several stands growing on the island of Palau. 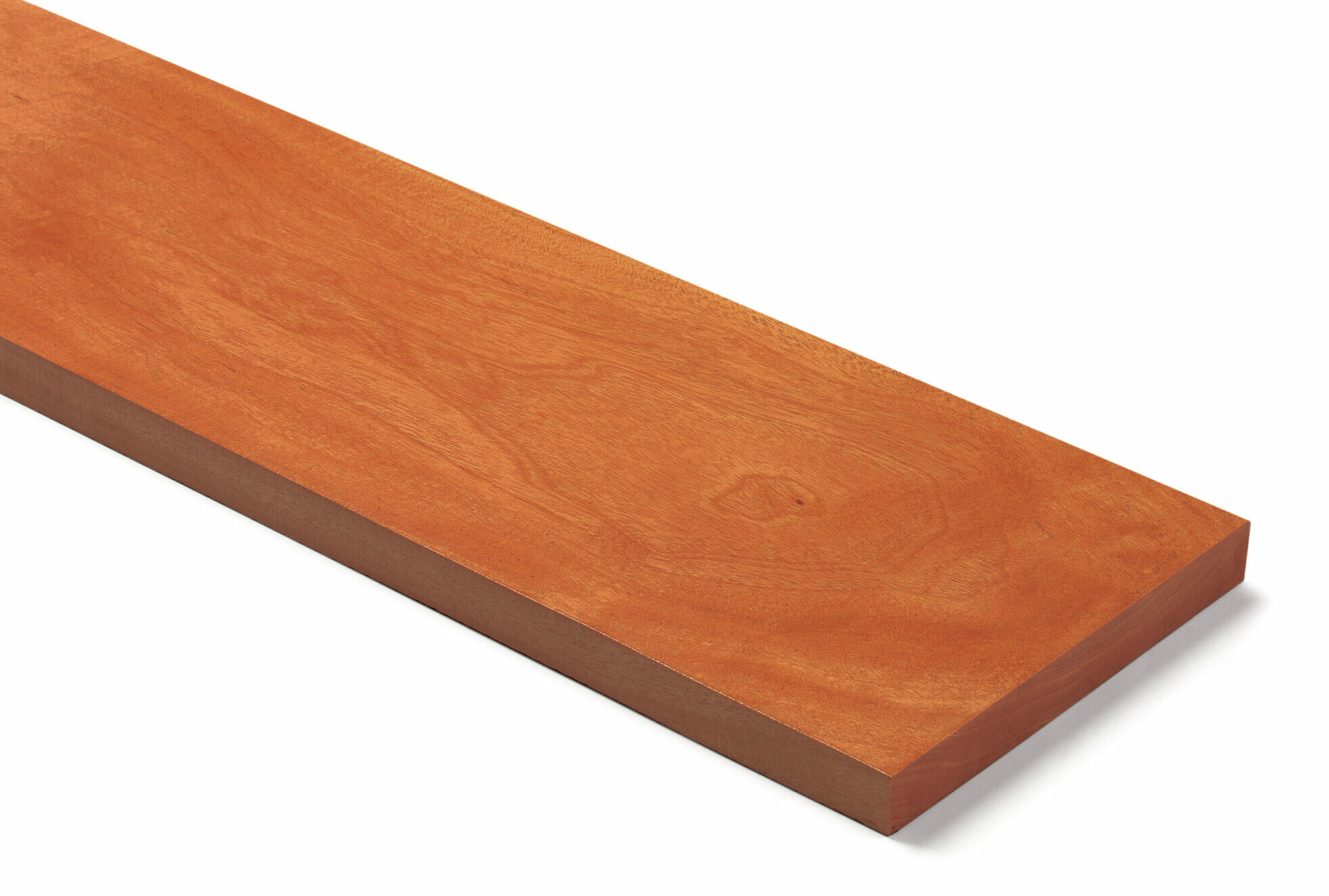 Two sawyers in Florida salvage trees taken down by storms.

When Cuban mahogany was no longer commercially viable, Honduras mahogany took its place. So unless you’re more than a century old, this is probably the wood you know as mahogany. Fortunately, it isn’t far behind Cuban mahogany as a furniture wood. It’s just as stable, works easily, and carves well. The most notable difference is that its pores are more open, so getting a glossy finish requires filling the grain.

Philip Lowe, a noted period furniture maker who runs The Furniture Institute of Massachusetts, recommends Honduras mahogany to his students for period reproductions. It’s also used for Greene and Greene furniture, where the understated grain doesn’t clash with the piece’s lines. It can be used to great effect in contemporary pieces as well. Unfortunately, Honduras mahogany is becoming ever scarcer. Brazil, which accounted for 75% or more of the world supply, banned its export in 2001. And with limited availability comes higher prices.

Honduras mahogany might go by another name at the lumberyard, because little, if any, actually comes from Honduras now. Its natural range stretches from southern Mexico to Peru, so it might be called Central or South American mahogany, or named for the country where it was logged. 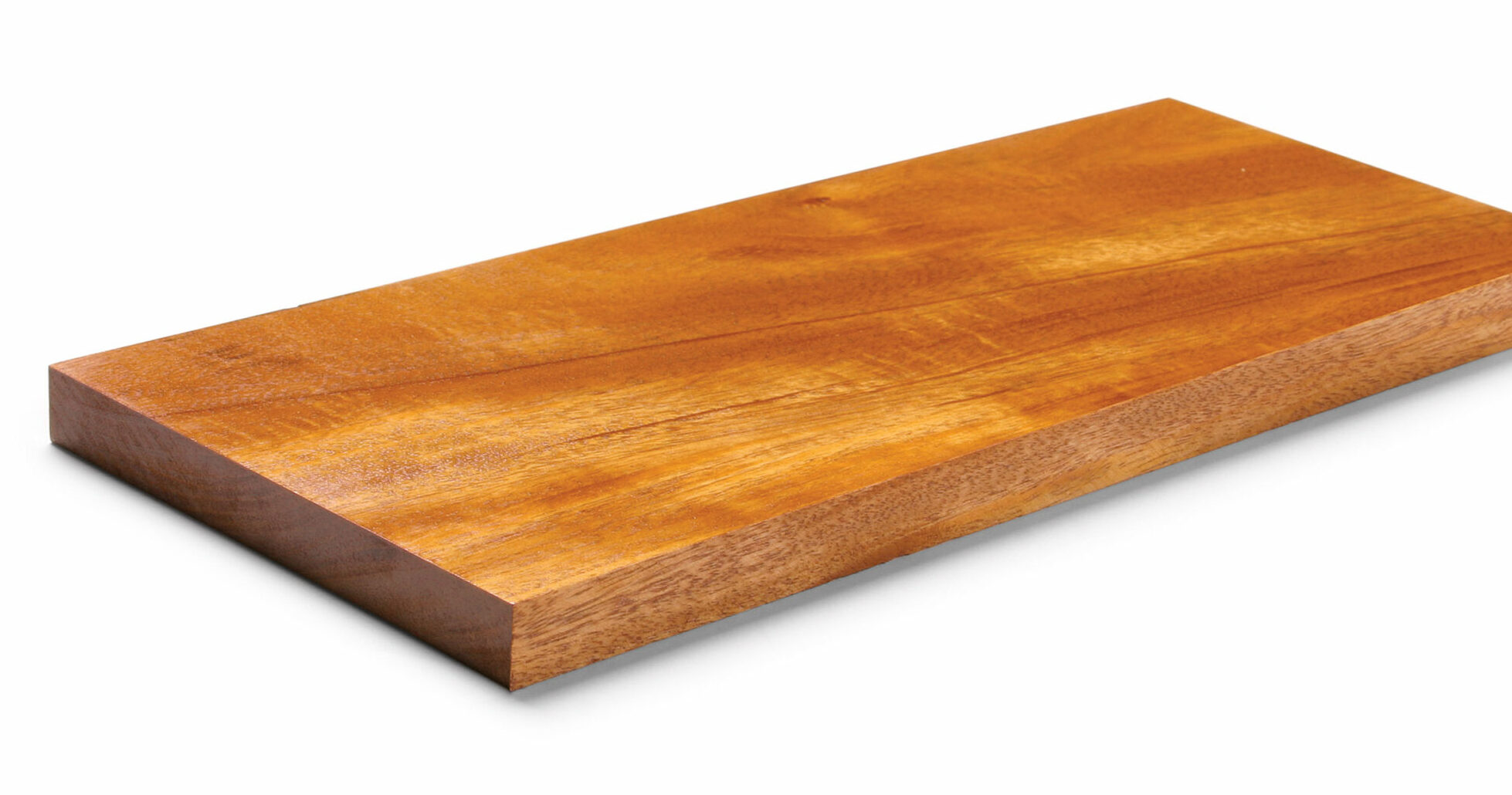 Best value, if you can find it

The demand for sipo, like the demand for khaya and sapele, has risen since the Brazilian ban on mahogany exports. But this wood hasn’t caught on as well and isn’t as widely available as a result. It is, however, worth the effort to find it. Don Thompson, president of Thompson Mahogany (an importer of mahogany since 1843), ranks sipo above khaya and sapele as a substitute for Honduras mahogany. And just about everyone I spoke to agreed that sipo is the best of the three African woods.

Sipo is easier to work with hand tools and machines than sapele. The grain pattern is subdued, if not quite as handsome as what you find on Cuban and Honduras mahogany. It would do very well where figure might be a distraction, like the side of a secretary or sideboard. Still, it’s possible to come across sipo with the same dramatic ribbon striping as sapele. If you prefer one or the other, you should pick outboards in person or at least see pictures.

African alternatives like, 4Sipo is a better carving wood than khaya, which means that it’s a good choice for a period reproduction with carvings, like a Goddard-and-Townsend-style lowboy with shell carvings. Sipo is also consistently close in color to Honduras mahogany, another advantage for period furniture makers.

Sipo costs around $6 per board foot and is still available in widths over 20 in. It is sometimes called utile. 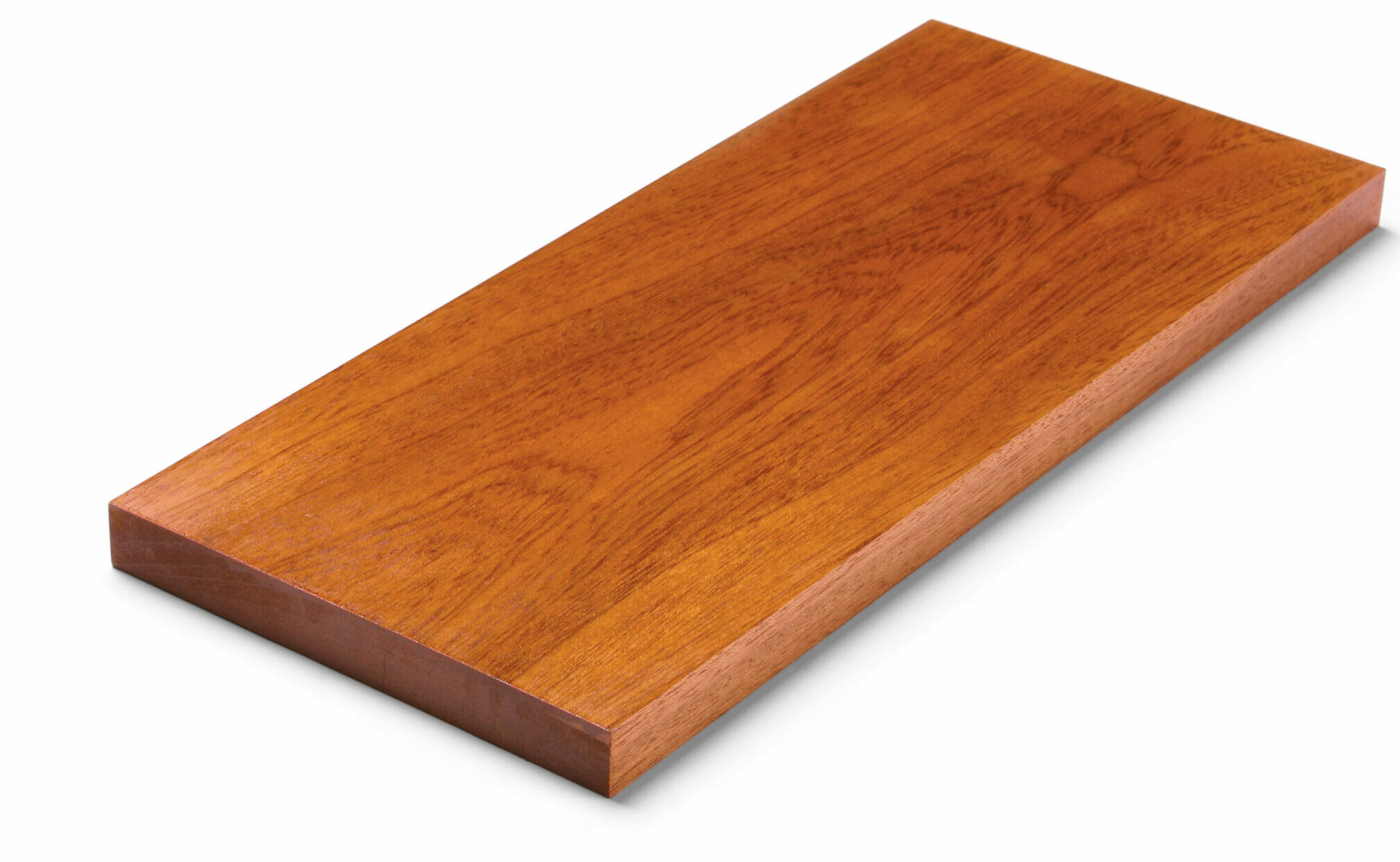 Price is right, but the grain is tough

Long recognized as a good alternative to Cuban and Honduras mahogany, khaya became much more in demand after the Brazilian government banned the export of mahogany in 2001. Khaya is similar to Cuban and Honduras in color and figure and costs much less. Stock 24 in. wide or wider is still readily available. But khaya is more difficult to work because its grain tends to be interlocking rather than straight. The grain can be fuzzy, too. When it is, it doesn’t plane well. And khaya’s pores are larger. That means it doesn’t take detail as well when carved, and the pores must be filled to get a good finish. But that’s in comparison with Cuban and Honduras mahogany. It’s definitely better for carving and finishing than a ring-porous wood like oak or ash. 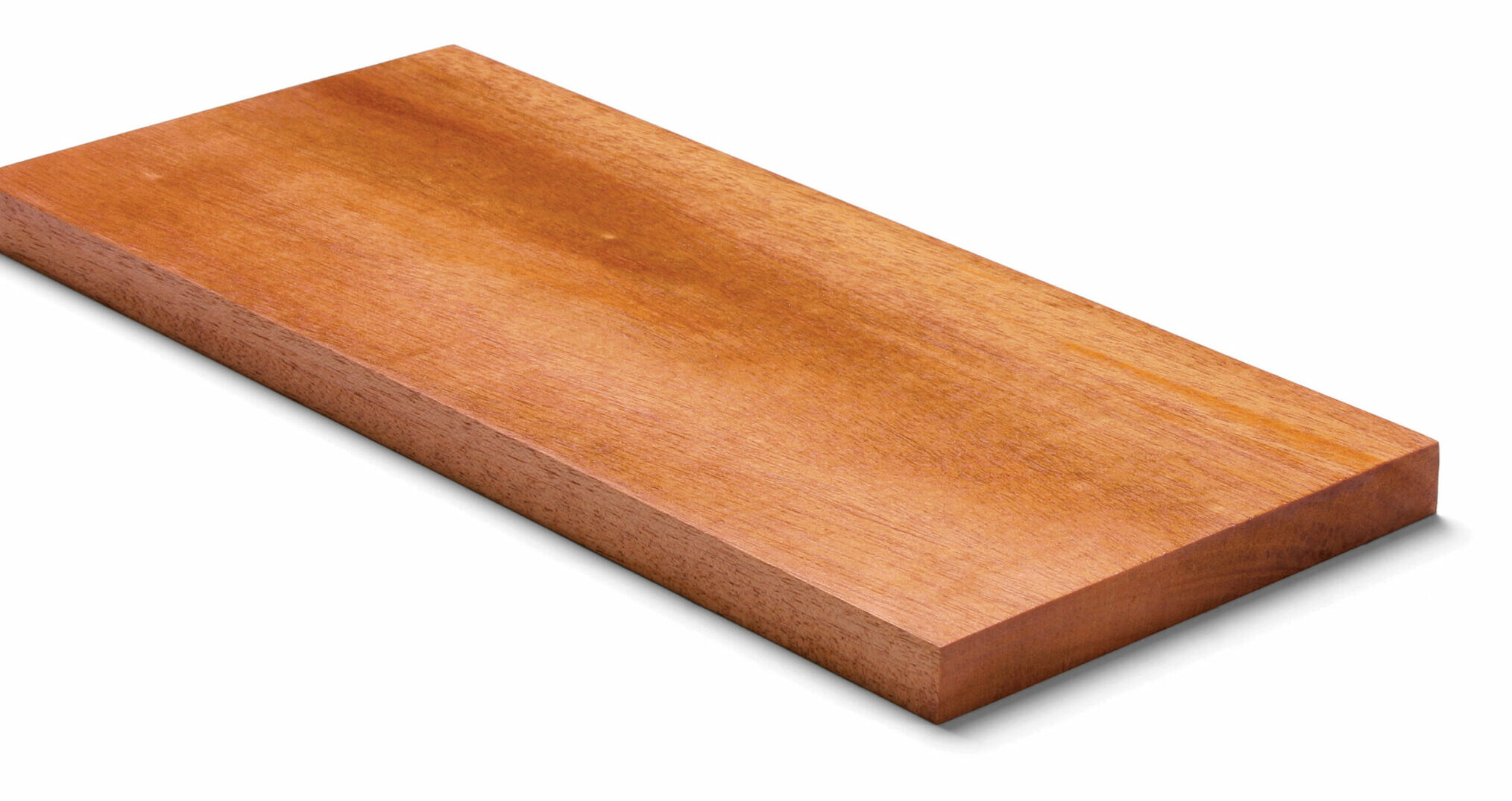 Known for its figure

Long used as a veneer and in architectural millwork, sapele exploded as furniture wood after Brazil banned the export of mahogany. Khaya was the first choice to meet the demand, but there just wasn’t enough of it.

Sapele is deep reddish-brown in color and usually has an exceptional figure, ribbon stripes being common. Boards 30 in. wide or wider are available, and 45-in.-wide boards aren’t unheard of. There is a cost to pay, however, for sapele’s dramatic figure. It’s caused by reversing and interlocking grain, so sapele requires much more sanding or scraping to get a surface ready for finishing. 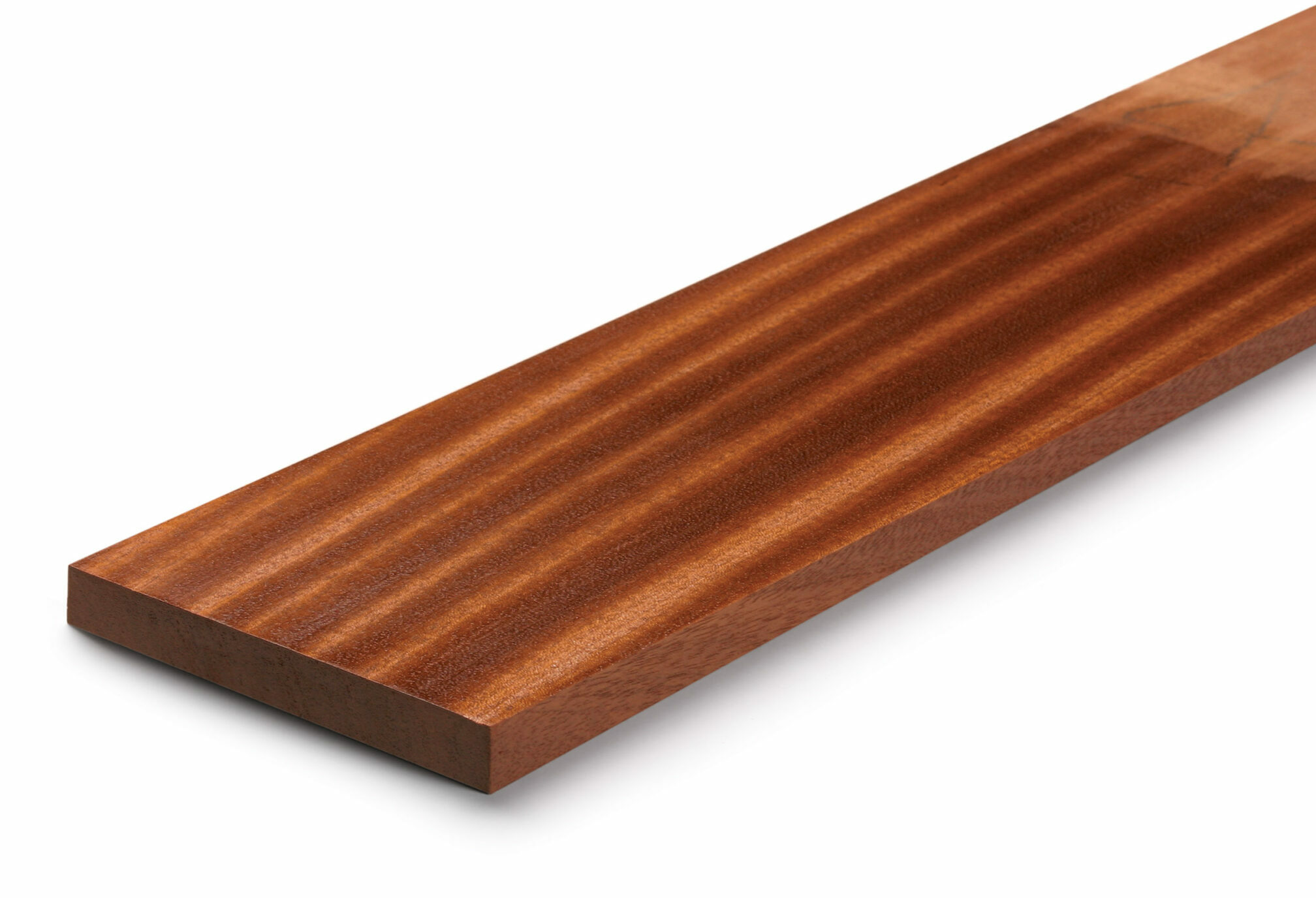 A wood that spans the centuries

Mahogany is usually associated with period furniture, like the secretary above by California furniture maker James Betts. However, it’s versatile enough to shine in contemporary designs like this curvaceous chair by Don Gray, also of California.

It ain’t easy being green

I feel a bit guilty when I buy imported lumber. If possible, I’d like to buy lumber certified by the Forest Stewardship Council, which sets guidelines for the environmentally responsible management of forests. Any species of lumber, including the mahoganies in this article, can be FSC certified.

Lumber is FSC certified, only if everyone involved in the chain is individually certified. But finding an FSC-certified retailer isn’t easy.

I called more than 20 lumber dealers around the country, and only two were FSC certified. One told me that there wasn’t enough demand to justify maintaining an FSC-certified retail store.

So, buying certified lumber at the retail level isn’t easy, but things could be changing. Rick Hearne of Hearne Hardwood in Pennsylvania told me that his company was recently certified and that he will maintain separate bins for his FSC-certified lumber.